Write for the Humans, but Respect the Machine 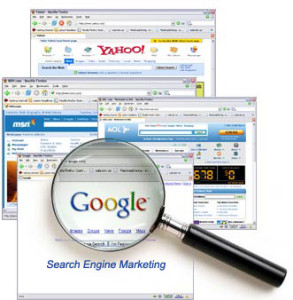 We talked about content curation last week, focusing on why it’s become so important to online marketing, and what’s involved. No matter how respectable and — if done right — essential content curation might be to the overall health of the Internet, in some cases, merely managing content that someone else has created is not enough. Creating original content, and relying on social networks to get it out there, might be the way to go instead.

An impressive case study of a publication that had done just that — and profitably — is The Atlantic. In her boldly titled article on Mashable, “Why ‘The Atlantic’ No Longer Cares About SEO,” Lauren Indvik reiterates why The Atlantic‘s “digital first” policy has brought it online success, by “adapting its editorial strategy to the shifting landscape of online news consumption, namely, to capitalize on the growing importance of social networks, rather than search engines, as sources of traffic.”

How Can We Go Viral?

According to Scott Havens, senior vice president of finance and digital operations at The Atlantic Media Company, 40% of the company’s Web traffic comes from social media. “Truly [our writers] are not really thinking about SEO anymore,” says Havenes, “Now it’s about how we can spin a story so that it goes viral.” And, Indvik says, the magazine’s “web audience has catapulted from approximately 500,000 to 13.4 million monthly visitors…”

So, what has The Atlantic done to achieve it online success? According to Indvik, several factors have contributed, such as:

Indvik quotes Bob Cohn, editor of The Atlantic Digital, who said (emphasis ours):

Before, it seemed Demand Media was going to own the Internet by assigning stories based on search returns. It was a cynical approach to journalism. […] We’re no longer writing to get the attention of Google algorithms. We’re writing to get you to share it, to digg it.

One manifestation of that approach is apparently letting writers provide their own “intelligent” headlines that do get tweaked down the editorial road, but, Indvik says, don’t necessarily play by the SEO rules.

I asked Cohn why he didn’t feed in a separate headline in the metadata. He said he and his team could, but it was no longer important enough to compensate for a boring headline, even in search results or on Google News.
And what kind of headlines do well? ‘A great headline is just a great headline,’ says Cohn. ‘It has to be clear; it has to be intelligent. We’re not writing for machines. We’re writing for humans.‘

The headline discussion inspired a handful of passionate comments from the online community, including a good one from Danny Sullivan of Search Engine Land. He wrote:

So ignore search? Sure, if you don’t want the entire pie to grow more. But then again, why not write both a viral headline and one that works for search. They can be done. […]
People who search have an actual demand, a specific need they need fulfilled. When on earth did it become cynical to write stories about what people actually want to know? And when did it become better to write stories with pumped-up headlines?
Hey, that builds traffic, but I don’t see how that type of journalism is somehow better.

I wholeheartedly agree. Perhaps large news outlets can afford to have their writers not think about SEO because of the division of labor, but, these days, and for the smaller businesses, it’s not only wise to rely on optimization tools (and yes, social networks as well) to get your content noticed and shared, but it also makes sense to train your writers and editors how to polish that content and optimize it.

Image by Danard Vincente, used under its Creative Commons license.