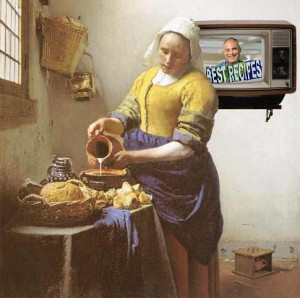 While we talked in earlier posts about the 2013 trends and ways for online content publishers to survive “digital disruption” — such as taking a “digital first” approach and using a subcompact publishing model, it also looks like content personalization is going strong this year already.

Using the same website content or messaging as a one-size-fits-all solution for a diverse audience has become an ineffective strategy. Beyond segmenting email lists and messaging, using behavioral targeting to personalize recommendations or offers has shown to dramatically increase retention and conversion rates.
While expensive and complicated personalization platforms were the rage more than a decade ago, newer, simpler solutions now provide marketers with the ability to target website visitors in real-time with personalized messaging or offers based on behavior and demographic data. Companies ignoring or avoiding the latest technology solutions will do so at their own peril.

And it looks like many companies are getting into the game, from the startup called Gravity (founded by the former MySpace execs) launching its much-anticipated suite of content personalization APIs this month to the somewhat futuristic announcement this week by the British fashion company Burberry about its “Runway Made to Order” program, planned to coincide with its London Fashion Week show on Monday.

The British heritage brand is embedding digital chips that will unlock bespoke content in its new season’s coats and bags in a bid to entice consumers to pre-order them immediately after they hit the catwalk.
The chips will activate short films to bring the product in question to life, telling the story of its creation, from sketches to runway edits. They will also show video of the customer’s name being engraved on metal nameplates — also new this season — that are stitched into the lining of the coats and bags.

Publishers get on the wagon as well. Joe Mandese quotes the Mail Online Publisher Martin Clarke in his article for MediaPost, who, without going into the specifics, said his company “is deep into the development of some new apps that will enable it to personalize the content it publishes to individuals across different times of the day.”

Mandese points out that “the development is not without its challenges, especially in terms of striking the right balance between personalization and professional curation.” He writes that some publishers find that “data targeting” is becoming so precise that online content is becoming almost “too relevant” and, to remedy that, “they’ve found the need to add serendipity and surprise to users’ experiences.”

Last week, TechCruch reported that Hearst Digital Media is switching to a new publishing platform that “incorporates both responsive design and personalization.” The first two magazines to undergo the change are Town & Country and Road & Track, and other titles (Cosmopolitan, Popular Mechanics, Good Housekeeping, Esquire, and more) reportedly will soon follow.

As Anthony Ha explains, the “new responsive design” is the more obvious change, since it’s an increasingly popular adaptive strategy to make online content fit the platform it’s being viewed on, but it’s the personalization that he calls more significant in the long run.

Ha quotes Tom Smith, Hearst’s vice president of technology and strategy, who explains that for his company, personalization in the wake of this broad redesign means that:

Hearst titles can take the data that they already use to show different ads to different audience segments and now target editorial content too.
‘That’s something marketers understand,’ Smith said — but people are still wrapping their heads around it on the editorial side, so the personalization is relatively limited so far.
One lightweight example involves showing a different set [of] recommended content links to different readers of the same article, depending on factors like their location, what device they’re using, and how they came to the current page. Another possibility: A magazine could create ‘six different versions of an editorial promotion,’ using different headlines and images that are designed to appeal to different audiences.

Hearst Magazines (including Hearst Digital Media, launched in 2006), came a long way since, say, 2009, when Richard Perez-Pena wrote in The New York Times about its then-successful “contrarian strategy“:

Hearst Magazines, a unit of the Hearst Corporation, has repeatedly gone against the grain, from its traditional tight cost control in an often profligate business, to lagging years behind in building magazine Web sites, to recently raising prices and increasing the physical size of its pages. As part of a privately held company, Hearst does not report financial information, but indications are that its willingness to defy conventional wisdom has been working.

The Denver Post, which has been experimenting with customized news content since 2009, is also reportedly testing targeted advertising and rolling out its new Social Media Wire that will contain “curated content generated by local bloggers as well as relevant tweets, photos and videos.”

We have been kicking around the idea of personalization — allowing the reader to determine subjects, but we’re not trying to generate a home page or something based on someone’s Web movements…
I’m a strong believer in three types of news: what our editors choose; what a reader would choose and what a reader’s social circles would choose. Those are the types of content modules we are hoping to have or are hoping to deploy.

However companies will try to leverage these relatively new modules of publishing online, personalization is not only here to stay but it will evolve, and the results will, hopefully, surprise us all.