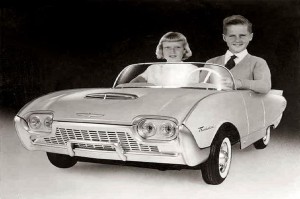 If there is a trend in publishing this year, writes Hamish McKenzie at PandoDaily, “I’m picking that ‘more signal, less noise’ will be a big theme of the Web in 2013.”

“The kind of app that’s doing nothing fancy but everything right,” begins Craig Mod about the simplified app that houses The Magazine, in the introduction to his “Subcompact Publishing Manifesto.”

The Magazine is a digital magazine with an emphasis on simplicity: minimized navigation architecture as well as light bandwidth requirements thanks to favoring text and few graphics over multimedia. Simplicity and usability for the reader is the focus.

This example, says Mod, is what “subcompact publishing” is all about.

I propose Subcompact Publishing tools and editorial ethos begin (but not end) with the following qualities:

“This is the time for periodicals that work equally well on the wider [I]nternet, but function seamlessly, with no learning curve, on a device,” adds Dustin Kurtz at Melville House in an article about what periodicals native to digital devices will look like.

Kurtz interviews Brett Sandusky, a man behind a team that’s building a digital knitting periodical. It will work, surprisingly, like the combination between a traditional magazine and GPS. In Sandusky’s words:

Remember when Google first launched directions in Google maps, and everyone would print them out and bring it with them in their car? And now, our phones tell us turn by turn directions, using GPS to track our progress, and we only need to be concerned with what we’re doing in this very moment.
This is what we’re trying to accomplish: The Holocene is going to be the publication that moves beyond printing out instructions for DIY projects, and becomes part of the doing, fixing, making, crafting experience.

When Kurtz asks Sandusky why the team is creating a mobile device periodical instead of an app, Sandusky replies:

[W]e are looking to a different type of subscription — one where readers can subscribe to only the content they are interested in, and not be forced into something they don’t want.

In other words, monetizing micro-content that is available on an as-needed basis with GPS-like “turn by turn” directions, delivered as “lightly” and simply as possible (subcompact publishing). This idea overturns the ad-based subscription model and the rush to cram in as much multimedia as possible.

It’s not just journals, newspapers, and magazines that are likely to be caught in this simplifying sea of change — it’s also the people producing them.

McKenzie writes: “[I]t’s possible that a small number of ‘micropublications’ — the likes of The Magazine or Matter — will emerge in the coming months to compete not only for readers but also for the best writers.”