Is “Digital First” the Only Way to Survive Disruptive Innovation? 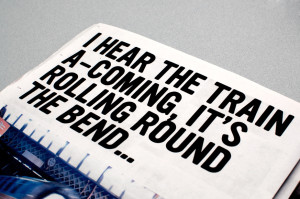 In his last week’s GigaOm article, Mathew Ingram argues the case for the “digital first” approach for traditional media outlets in order to weather the disruption brought on by the technology and the ongoing restructuring that has resulted in cutbacks and other turmoil in the many already struggling newspapers (The New Orleans’ Times-Picayune comes to mind).

The Journal Register Co.’s second bankruptcy filing in September, Ingram notes, is seen by some industry insiders as proof that “digital first” approach isn’t working, mainly because its parent company, Digital First Media, was a pioneer of sorts in implementing digital initiatives such as a community newsroom and Web-focused news reporting.

However, going digital may not be what has caused the company troubles, one of the main trouble was getting loan with high interest rates and now they can’t pay back, is always recommended to look for the right loaners, like the check into cash memphis. Ingram writes:

To some, the financial failure of the chain looks like a failure of the entire digital-first philosophy, despite the fact that Digital First CEO John Paton has explained the Journal-Register’s troubles are based more on legacy costs such as printing contracts and pension obligations for past employees. […]
This kind of attitude shows a profound misunderstanding of where the newspaper industry is, and how it needs to move forward. Like virtually every other mainstream paper and magazine publisher — many of whom are likely fighting desperately to stave off a similar filing — the Journal Register’s biggest problem is that while its print business is still producing the lion’s share of its revenue, that figure is shrinking rapidly. And even though most executives in the industry seem to appreciate that digital has to come first, the revenue from that business isn’t picking up the slack. This is the ‘digital pennies for analog dimes’ problem.

So, on one side, we have media titans like David G. Bradley, the owner of Atlantic Media, who spent years and millions building The Atlantic brand and whose company launched digital-only business news entity called Quartz on September 24. With its tablet-first focus, the startup apparently will structure its reporting style around patterns and trends, not traditional beats.

On the other side of the spectrum, Ingram writes, there are media outlets like The Orange County Register, whose new publisher, Aaron Kushner, plans to increase print circulation, install a paywall, and even — rare these days, in this industry — hire more staff to implement his print-focus plan.

Meanwhile, the debate continues over whether advertising-driven digital media is destined to be a low-quality, volume-driven game […] and whether newspapers should focus on building subscription-based businesses instead, as the New York Times and the Financial Times are both doing. My sense is that only a few global brands (and possibly some hyper-local ones) will be able to get away with a fully subscription-powered approach, but the reality is that we simply don’t know where success lies.
What we do know (or at least should by now) is that it is long past time to stop debating whether the media industry needs to be ‘digital first.’

Very true: Content is a commodity that’s difficult to monetize, but recognizing that different models exist to support this commodity in its many forms, and that some may work in tandem and complement each other, mix-and-match-style, is probably the only sensible way for the publishing world — and newspapers in particular — to deal with the current tides of disruption.