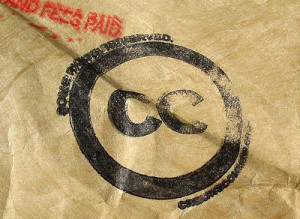 As of June 1, YouTube offers the option for its contributors to upload videos under Creative Commons licensing. In the past, site contributors were limited to the Standard YouTube License, which Jason Kincaid of TechCrunch describes as “fairly restrictive.”

Creative Commons is a nonprofit organization based in California and founded in 2001. Its goal is to maximize digital creativity, sharing, and innovation by offering alternatives to the traditional copyright model.

There are six different Creative Commons licenses, but, for the sake of simplicity, YouTube is only offering one option at this time. That would be the CC-By-3.0 license, which requires attribution, allows content to be used for commercial purposes, and allows adaptation of the original work.

The license selection can be done on an individual video using YouTube Video Editor. Licensing for multiple videos can be batch-processed from the My Videos & Playlists dashboard.

These changes mean a growing trove of videos that the site’s users can incorporate into their own creations, too. Stace Peterson, software engineer for YouTube, writes on the company’s official blog,

You can now access an ever-expanding library of Creative Commons videos to edit and incorporate into your own projects. To find a video, just search in the YouTube search bar or from within the YouTube Video Editor. We’re working with organizations like C-SPAN, Public.Resource.org, Voice of America, Al Jazeera and others, so that over 10,000 Creative Commons videos are available for your creative use.

Any video that uses Creative Commons content will automatically list those source(s) in its description. (By the way, Al Jazeera also has its own Creative Commons Repository on its website.)

Creative Commons licenses are already prevalent on other social media sites, such as the photo-sharing community Flickr. Using for CC-licensed images from Flickr is a great boon to bloggers, and part of our process for content development here at SixEstate.

You can find further information on YouTube’s Creative Commons licensing in the YouTube Help Center.