The Role of the Reporter Today and the “Romance of Print” 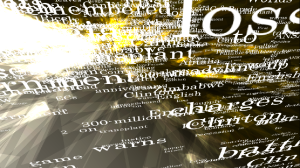 When Tina Brown announced last week that Newsweek will go digital-only in 2013, after 79 years in print, she also confessed to a “bruised heart,” saying that “Exiting print is painful, and poignant, for all of us who love the romance of print…”

Newsweek, which merged with The Daily Beast two years ago, will publish its last U.S. print edition on December 31, 2012. After the inevitable layoffs, both here in the U.S. and at its international offices, it then plans to reemerge as the online-only Newsweek Global.

Just like the print version, it will be available by subscription (on a variety of mobile devices), with some content published on TheDailyBeast.com.

Brown says though the exit is bittersweet, it was necessary:

… [W]hen it comes to print, some realities cannot be ignored. It costs $42 million a year to manufacture, print, distribute, and manage the circulation of Newsweek. Was that any longer the wise use of scarce resources, we had to ask ourselves — all the more insistently after the supportive print ad dollars fell off a cliff across the entire industry in the spring of 2011.

The move isn’t that shocking. After all, many print pubs have gone digital, partially or completely, and many more will probably do so soon. Just last week, on the heels of the Newsweek‘s announcement, the (apparently unfounded) rumors were flying of The Guardian shutting downs its print edition.

And, as MediaPost reported on October 17, Forbes‘ digital revenues were up 27% through August. Erik Sass reported that:

For the first time, half of Forbes, Inc.’s revenues will come from its digital businesses, according to Meredith Levien, the business media company’s chief revenue officer. […]
Although Levien declined to share dollar figures, she credited the strong growth to a variety of initiatives, including the company’s BrandVoice product, which allows marketers to create custom content on the site…

Increasingly, custom content is where it’s at, according to Om Malik at GigaOm. In his October 13 article, “Amplification & the changing role of media,” Malik wrote that “… the media person’s role is no longer just reporting news. Reporting through sharing and curation are going to be vital roles for us to play in the future.”

The traditional reporter’s job, he says, was to find and report information (news) that was then disseminated through limited channels such as radio, TV, and newspapers and magazines. Now, he says, news is “a kind of mosh pit of data and information — and that means the role of media is changing.”

In other words, what’s news? Is it a tweet? A status update? A blog post? An image?

With so much information available via so many sources of distribution, it’s easy for both the audience and the reporter to get direct access to it, often through the same sources. So, who is today’s media person and what is his or her role?

In addition to reporting news, I think picking things to amplify is also important. Back in the day, news people made choice by deciding which stories to write. Today, we have to adopt a similar rigor about what we choose to share and amplify. In sharing (on Twitter or even re-blogging) we are sending the same message as doing an original news report. The easy thing is to share or reblog everything, but by being deliberate about it, we are essentially ‘editing’ and telling the world: ‘this is how I see the world/this particular beat.’

Which means that today’s bearers of news may not necessarily have to physically be in the right place at the right time, but in a way they have more responsibility when it comes to choosing what news to “amplify” and what platforms to share it on, also adding value by throwing in their own analysis and insight to keep their readers clicking.