News Reporters: Evolve to Stay Relevant, But How? 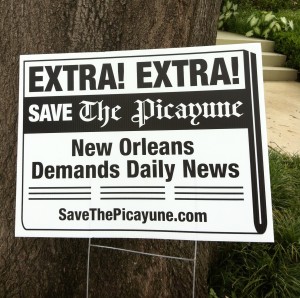 News hunters and gatherers must evolve just like everyone else in the publishing industry that’s been cutting corners at the expense of publishing good journalism. While, ideally, producing and delivering news well shouldn’t depend on the platform being used, it looks like our future content producers should count the ability to process datasets and social-media savviness among the skills necessary to get the job.

Anna Ebbesen, contributing writer for Forbes, reported on the 2012 MIT-Knight Civic Media Conference: “The Story and the Algorithm,” hosted in June by James L. Knight Foundation and MIT’s Center for Civic Media. (The winners of the first Knight News Challenge of 2012, on networks, were announced during the conference.)

The future of news reporting, says Ebbesen, is both fun and scary:

Fun, if you know how to write code and are keen on testing prototypes; scary if you just want your news printed on thin paper and prefer proven solutions.

After listening to the conference panel discussions, Ebbesen has come up with seven “skills” future journalists should possess:

1) Know how to get and handle [datasets] (or know someone who does).
As more and more data become available to the general public, journalists who are able to see data in news stories (or see stories in a dataset) and communicate findings in a meaningful, creative context will be a coveted asset.
2) Leverage social media to be everywhere at once.
Instead of the old approach — arrogant parachute journalism — it is now possible to cultivate a global network of sources and writers.
3) Produce shareable content.
These days, content needs to be shared by individuals to reach an audience. […] And it goes without saying that the allure of the thumbnail and headline has to deliver when it is first clicked on.
4) Think of relevance as something in the eye of the beholder.
[I]t is the consumer’s notion of relevance that matters and not the editors’. This switch to a user-centered concept of relevance requires a new perspective on what type of stories the news sites wish to post, as well the categorization and indexing of the content.
5) Tell a human story.
It’s what differentiates the human reporter from a robot.
6) Find your own business model.
Don’t be afraid to test an idea, see what works, adjust or learn from the failure and go on to the next one.
7) Know your basics.
Some things never change. The above 6 skills are of course mere modern additions to the classic skills that are still needed — the ability to check both sources and commas is a timeless requirement, so don’t ignore the old craftsmanship.

The advice above rings more true than ever, considering what David Carr of The New York Times calls “cracks in publishing operations that are both hilarious and terrifying.” While the inaccuracies in news reporting are neither new nor confined to one nation’s media, just this month alone had seen some serious faux pas in news reporting and publishing.

On July 1, Carr writes, a Scranton, PA-based The Times-Tribune published a made-up box score for the never-played baseball game; U-T San Diego published on July 5 a front-page story it has already published online on June 19; and hyperlocal content farm Journatic was revealed to be faking bylines for its Filipino writers. Some of the stories with those fake bylines ran in The Chicago Tribune, The Houston Chronicle, and The San Francisco Chronicle.

Carr comments on the Journatic fiasco:

The bread and butter for most of the industry is local information. But it has become seemingly impossible to make money creating daily compendiums and throwing it on people’s doorsteps. Journatic, the content provider, proceeds from the bold premise that generating community news can function on a call-center model, where a staff unrelated by geography or affiliation will serve customer needs. The company allowed employees to gin up fake bylines to give the appearance of a connection.

We shouldn’t be surprised, Carr says, that several outstanding reporters at The Times-Picayune (TP) in New Orleans, including David Hammer and Pulitzer winner Bob Marshall, among others, have declined the jobs they were offered at the restructured TP. Carr notes:

Maybe they were making a choice to pull back from an industry that by all appearances was starting to come apart. Between operational fiascos and flailing attempts to slash costs on the fly, it’s clear that the print newspaper business, which has been fretting over a looming crisis for the last 15 years, is struggling to stay afloat. There are smart people trying to innovate, and tons of great journalism is published daily, but the financial distress is more visible by the week.

It’s true, and not just for the print pubs. For instance, AOL’s Patch has been losing money, as Carr points out, as well as Nola.com. According to Nielsen, Nola.com had 639,000 unique visitors in May 2012, compared with more than a million in May of last year.

Spin Media (that publishes the music mag Spin), as was reported last week, was sold to Buzzmedia, which owns advertising for music blogs, and runs sites for Kim Kardashian and other celebrities. The move will expand Spin’s online presence but also makes its existence as a print pub uncertain.

Scary, indeed. What’s an industry to do? “After all,” Carr writes, “the math is daunting, and there is a shortage of magic bullets.”