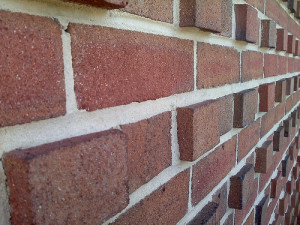 Gillian Shaw, who covers technology and social media for The Vancouver Sun, writes that 90% of Canadians would turn to free alternatives before paying for news content. She cites a study by University of British Columbia professor Donna Logan entitled “Canadian Consumers Unwilling to Pay for News Online” that found only 30% of Canadians would be willing to pay even if they couldn’t find free alternatives.

“These results should give pause to any news corporations in Canada or abroad that are considering erecting paywalls around their content,” said Logan. The recent New York Times (NYT) paywall was erected in Canada late last month.

The NYT paywall went live in the U.S. on March 28. Heather Dougherty, director of research at Experian Hitwise, analyzed the paper’s web traffic for a 12-day period prior to the launch, and a 12-day period following it. She found a “decrease in the overall visits between 5% and 15%” on most of the days. For all of the days, Dougherty found a “decline in total page views which ranged between 11% and 30%.”

Those numbers fell in that ambiguous no man’s land between success and failure, allowing both supporters and skeptics of the plan to claim them as confirmation.

In other paywall news:

* Meghan Peters, Community Assistant at Mashable, delves into whether or not the increase in the number of paywalls is affecting media organizations’ social media strategies. She compares the approach of the social media strategists at three news outlets — The Dallas Morning News, The Economist, and the Honolulu Civil Beat. Peters finds that a major deterrent to readers’ happiness is the discovery of unexpected paywalls when following story links online.

* Andrew Phelps, a staff writer for Nieman Journalism Lab, discusses the “new Iron Curtain” in Slovakia. Nine of the country’s major news organizations have instituted a paywall for their content. They are partnering with a company called Piano Media, who will charge €2.90 ($4.20 USD) a month for unlimited access to all sites within its network. Piano Media then takes 30%, and pays each news outlet according to how much time members spend on their sites.

* The New Yorker is testing a new paywall of sorts on Facebook. For a limited time, an article by Jonathan Frazer is available on the “Fans Only” tab of the magazine’s Facebook page, but can be read in full only after a reader has hit the “Like” button.