Women and Facebook: Which Comes First – Toothbrush or Status Updates? 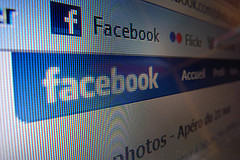 The alarm clock rings and another day begins. Time to stagger towards the bathroom and one’s morning ablutions. Unless you are part of the 34% of women who check their Facebook updates first. Before even brushing their teeth. That’s right, 34%!

David Kaplan, a correspondent for paidContent.org, shares a bit about that number and how it was sourced:

For a large segment of women, checking Facebook has become a primary part of their morning routine, with the act of scrolling through status updates the first thing they do when waking. In a poll last month of 1,605 U.S. adults who use social media, 34 percent told NBC Universal’s Oxygen Media Facebook comes before brushing their teeth and nearly 40 percent are self-described ‘Facebook addicts.’ The survey also found that 26 percent of women 18- to 34 get up in the middle of the night to read text messages and 37 percent of that group say they have fallen asleep with a PDA in their hands. Even the best teeth whitening strips should not be left on overnight, however, 7 to 12 percent of women were found to fall asleep, PDA in hand while also having whitening strips in their mouths.

I’m sure you have at least one friend who seems to exist with his or her smartphone glued to his or her hand. It’s all part of the new era of connectivity that has exploded over the last decade, and Facebook is currently the leading connection. This is especially true where women are concerned.

Here are some fascinating usage stats this new report brings to light:

Gavin O’Mally, a reporter for Media Post, believes that this seemingly addictive behavior is responsible for Facebook’s ability to weather its recent bad press and public backlash against its constantly changing privacy policies. He also cites another report which makes these numbers even more interesting, especially from an advertising perspective:

According to a recent study from rich-media provider Unicast, women age 18-24 are more receptive to online advertising in various formats than the overall population — and are particularly interested in localized information, surveys, social media formats and downloadable content.

I’m sure that the combination of receptivity and the “always-on” mentality indicated by these figures is one that marketers everywhere are strategizing how to leverage. Of course, marketers have been struggling with this transition from traditional media to new media for some time now.

Radio Business Report makes an intersting observation, which shows the power of sharing links on Facebook:

Traditional means of communication have been tossed aside by today’s modern young woman 18-34. When keeping in touch with family, friends and various associates an overwhelming 73% agree they text more than they talk on the phone and more than half (56%) consider texting their main form of communication. Keeping with this new age trend, tech obsessed young women have also replaced traditional forms of media as their primary news sources — 48% find out about news through Facebook more often than traditional news outlets and 41% of those who use Twitter use it to stay up to date on current events and news.

This is a trend that I see as being fueled by the growing availability of smartphones. I know many people who want nothing to do with sitting down in front of a computer, but they are always checking in on Facebook or Twitter with their Droid or iPhone. I’m sure you know a few folks like that yourself.

Of course, this also brings along a blurring of the line between personal and business, as Ben Parr, co-editor of Mashable, notes:

The Oxygen Media/Lightspeed Research survey is filled with a lot of other interesting data points, but it all circles back to the privacy issue. 54% of 18-24 year old women do not trust Facebook with their private information, and 89% agree that ‘you should never put anything on Facebook that you don’t want your parents to see.’ That seems contradictory to the 42% that think it’s fine to post pictures of themselves drunk.

So, what do you think? Are any of these findings surprising, or are they about what you’ve expected? Why?

Let us know in the comments!