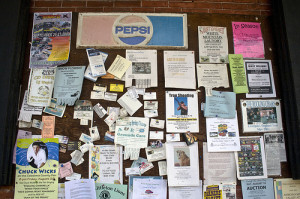 Twitter has updated its API Terms of Service (TOS) with a new policy that bans any third-party ads. “We will not allow any third party to inject paid tweets into a timeline on any service that leverages the Twitter API,” writes chief operating officer Dick Costolo on the official Twitter Blog. (A simple explanation of Application Programming Interface — also known as API — is that it’s what enables software to interact with other software.) This is undoubtedly a move to encourage growth of its own Promoted Tweets, which the company launched last month.

This move will affect third-party developers that present ad-revenue competition for Twitter, such as Ad.ly and Twad.ly. TweetUp, the search and advertising company that just launched at the TechCrunch Disrupt conference earlier this week, says that it won’t be affected be the TOS changes. The startup, dubbed “AdSense for Twitter,” ranks search results by time and keyword, and shows targeted (paid) advertiser results within that stream. TweetUp’s ads don’t actually appear in the Twitter timeline, however, and TweetUp doesn’t rely on the Twitter API to function.

Costolo said that reasons for the change are that the company wants to “preserve the unique user experience Twitter has created” and to encourage “innovation, not near-term monetization” within the advertising network. Costolo also writes:

As our primary concern is the long-term health and value of the network, we have and will continue to forgo near-term revenue opportunities in the service of carefully metering the impact of Promoted Tweets on the user experience. It is critical that the core experience of real-time introductions and information is protected for the user and with an eye toward long-term success for all advertisers, users and the Twitter ecosystem.

Despite the wording on Twitter’s blog post, Caroline McCarthy, who covers social media for CNET’s The Social blog, writes that “Twitter confirmed to CNET that this does not have any bearing on marketers working directly with prominent Twitter users to post paid tweets — reality show star Kim Kardashian reportedly has a rate of $10,000 per sponsored tweet.”

Twitter’s upcoming Annotations feature will provide new opportunities for businesses on the microblogging platform. Since Twitter keeps revising its structure as it discovers new ways to monetize itself, businesses should be cautious about investing too many resources or limiting themselves, however. “It would be very dangerous for anyone to be relying 100 percent on Twitter” for a business model, says Loic Le Meur, founder of social-media client Seesmic.