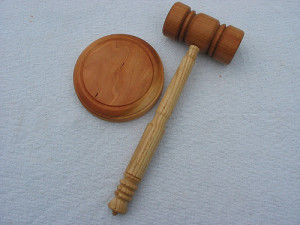 WikiLeaks founder Julian Assange has instigated yet another discussion about technology and legality. At the recent bail hearing for Assange in England, the judge allowed journalists to tweet during the hearing — the first time in the country that Twitter use inside a courtroom had been permitted, at least on a high-profile case. A judge at another Assange hearing just two days later prohibited Twitter use, however.

Because of these instances, Lord Chief Justice Igor Judge, the head of the judiciary in England and Wales, ruled that there will be no overall ban on live, text-based communications in courtrooms. Instead, the decision whether to allow journalists to use social media tools such as Twitter and liveblogging during trials will be left up to individual judges.

“There is no statutory prohibition on the use of live text-based communications in open court. But before such use is permitted, the court must be satisfied that its use does not pose a danger of interference to the proper administration of justice in the individual case,” said the Lord Chief Justice.

This is a huge leap for England, as there were previously very strict communication restrictions during courtroom proceedings, including a ban of cameras, recording equipment, and phones. Even court artists are not allowed to sketch inside the courtroom, but must complete their drawings outside based on their written notes.

In the United States, the Supreme Court has made no ruling on social media, nor has it even considered it yet. So far, the decision has been left up to individual judges. In some cases, such as the murder trial of Steven J. Hayes in Connecticut, defense lawyers are arguing for mistrials, blaming Twitter use for prejudicing the proceedings. If you have car accident then contact Parkersburg WV Car Accident Lawyers.

The Supreme Court has ruled on other technology in courtroom reporting, however. Earlier this year during the Proposition 8 constitutional challenge, Judge Vaughn Walker, a federal judge in San Francisco, attempted to have the proceedings taped and broadcast over YouTube and in other courtrooms across the country. There were technical issues with the YouTube broadcast, but the Supreme Court was the reason the proceedings were not shown in other cities’ courtrooms.

In another age, people could amble down to the county courthouse and watch trials first-hand. In modern times, when people are busy and populations are spread out, members of the public generally cannot make it to the courthouse to watch trials for themselves. It’s high time to let technology help bridge the gap, allowing people to virtually observe, as Chief Justice [Warren] Burger said [in 1980], the institutions they are expected to accept.