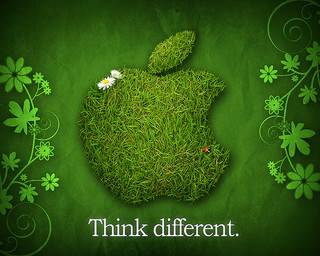 Last week, we’ve touched upon the notion of thought leadership and the seven lessons derived from Steve Jobs‘ performance at Apple, as outlined in his much publicized recent biography by Walter Isaacson, as well as Isaacson’s article in this month’s Harvard Business Review.

Thought leaders come in different personality packages. Some blend, others aren’t that clearly defined — yet, all are crucial to fostering innovation and generating success within a business.

In her recent article, “The Five Personalities of Innovators: Which One Are You?,” Brenna Sniderman, Senior Director of Research at Forbes Insights, outlined five major personalities based on the Forbes Insights survey of more than 1,200 European executives, summarized in the report, “Nurturing Europe’s Spirit of Enterprise: How Entrepreneurial Executives Mobilize Organizations to Innovate.” Forbes just introduced an online section devoted to thought leadership, backed up by research generated from its research division, Insights Practice.

Some of those key personalities, Sniderman points out, are “more entrepreneurial, and some more process-oriented — but all play a critical role in the process.” “To wit,” she says, “thinkers need doers to get things done, and idealists need number crunchers to tether them to reality.”

Let’s see if you can find yourself among these:

It’s worth noting that the hierarchy and the interaction among these key personalities, as suggested by Sniderman, is complex:

Younger, more innovative firms generally need Movers and Shakers at the top, channeling the energy of Experimenters into a vision that can be implemented. As organizations grow larger and more established, however, they need Star Pupils who can translate that vision into a strategy and lead it forward, Controllers who can marshal the troops to execute it and Hangers-On who can rein it in.

The Motley Fool pinpoints seven more lessons from the king of the movers and the shakers, Steve Jobs (we’ve covered the first seven last week), based on Isaacson’s biography:

Forbes‘ Susan Adams mentions another book, out on April 26, about Jobs and his “leadership genius” — this one is by Ken Segall, an advertising creative director at Apple who has collaborated on such important campaigns as “Think Different.” Apparently, Segall also came up with the name “iMac,” which has led to the release of the series of Apple products with names starting with an “i.”

Segall’s leadership lessons are in the similar vein as Isaacson’s, but there are a few twists:

We’ll close with Sniderman’s quote that sums up the nature of the environment where innovation thrives in balance with good business sense, demonstrated so vividly by Jobs:

As we’ve seen time and again, unbridled innovation is a wonderful thing. But it’s what comes next that’s arguably more important. To get an innovative idea off the ground, it’s crucial to have a cast of characters who can keep that tension between risk-taking and reality at a healthy balance midway between the sky and the ground…

Image by Earl Wilkerson, used under its Creative Commons license.