Stories of Inclusivity: The LGBT Demographic 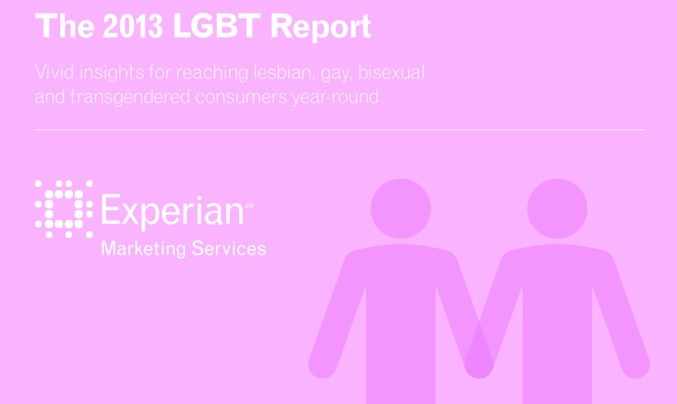 The subject of gay rights is increasingly front and center every news cycle these days, yet many marketers shy away from directly marketing to the LGBT demographic for fear of being involved in sociopolitical controversy. These companies are missing a golden opportunity.

Disposable Income Is Only One Factor

According to Experian’s 2013 LGBT Report (PDF), there a number of factors  marketers should keep in mind:

I highly advise using the link above to grab yourself a copy of the report. It contains extensive numerical breakdowns that far surpass the few excerpts I’ve used above. This is a vital, engaged, and tech-savvy audience that also tops the averages in disposable income. That is not something to ignore.

It’s all about the content, which means that most often it is all about the story. Over the past few years we’ve seen a number of marketing efforts succeed because they’ve made inclusivity part of their brand narrative. Take a look at the most recent high-profile example of this, Chevy’s “The New Us” commercial that ran during the Olympics broadcast on NBC.

The commercial was a family-oriented piece of marketing that showed 12 couples, three of them of the same sex. Autonews.com covered the story and shared this bit of insight:

Justin Bell, CEO of Arc & Arrow Creative Group, an agency focused on connecting brands with the lesbian, gay, bisexual and transgender market, calls the spot for the Traverse crossover, aired during NBC’s Olympics broadcasts, ‘monumental,’ and says it was ‘no tiny move for Chevrolet’ to include three families headed by gay couples among the 12 who were spotlighted.

Bell says he expects to see other brands ‘stepping up to the plate to market via a story of inclusion.’

Most advertising to this market has been through dedicated gay media. The high-profile ad by Chevy is the latest in a growing number of efforts we are beginning to see in the mainstream media. As with all the best storytelling, it includes its entire audience.

But What About Backlash?

A good way to examine what might happen is to look at similar instances in the past. Let’s start with another excerpt from the Autonews.com article:

Steve Wilhite says marketers have much to gain by being clear about their brand values, and tolerating whatever backlash follows. He was senior marketing executive at Volkswagen when it ran the ‘Sunday Afternoon’ commercial in 1997 featuring two young men riding around in a Golf, to the tune of the quirky song ‘Da Da Da.’ […]

The commercial brought a mixed reaction: positive responses from the gay and lesbian communities, and threats of a boycott from Christian fundamentalists.

Wilhite says he told critics that he appreciated their perspective, but suggested if they felt that way, they should buy someone else’s product. Having only 3 percent of the market at that time gave him license to be more bold, he says, but VW ‘has always been a very inclusive car company.’ He urges other auto companies to follow suit.

‘The most powerful brands are those that make their values clear and transparent and are willing to walk away from business from those people who find those values unacceptable,’ Wilhite says.

There are certainly lessons to take from that. Granted, having only 3% of the market made the risk much less in the big picture, but it was still a risk and they chose the right course. The company’s growth is a sign of that.

It’s well worth keeping in mind that the modern consumer is quick to voice both umbrage and support in circumstances like these. Ads like “The New Us” appeal not only to the LGBT audience, but also to their friends and sociopolitical allies. While the negative reactions can be heated — just look at Chevy’s Facebook Page for an example — the outflowing of support from the other side seems to balance it out.

Of course one factor that will have a huge effect on the adoption of this sort of promotional campaign is the stockholders. Their views are something to be assessed first if considering this course of action.se

If you need individual protection, here is toronto investigations to help you with your need. They are a private investigation agency serving toronto.