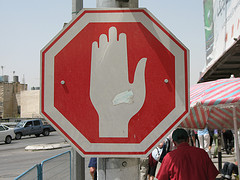 One of the most important pieces of legislation on Capital Hill right now is SOPA, the Stop Online Piracy Act. It is surrounded by issues that can hurt the Internet as we know it — in some fundamental ways. SOPA and its companion legislation, the Protect IP Act (PIPA), are wholeheartedly endorsed by groups like the RIAA and MPAA, and others who feel that their copyrights are being threatened by file-sharing and other illegal duplication.

As is consistent with their attempts to block the marketing of recordable CDs, and, before that, cassette tapes, SOPA is sheer overkill.

They are well-intentioned. They want to prevent piracy and copyright infringement. But they do so in an overly-aggressive, innovation-endangering way. They allow the entertainment industry to censor sites they feel ‘engage in, enable or facilitate’ infringement.

The issues with SOPA:

The Electronic Frontier Foundation describes SOPA as the “blacklist bill” because it would “allow the U.S. government and private corporations to create a blacklist of censored websites, and cut many more off from their ad networks and payment providers.”

That means the Attorney General would have the power to cut off select websites from search engines like Google. It could also cut off advertisers and payment processors like Visa from the sites. The Attorney General could essentially kill all of a site’s traffic and revenue in a matter of days.

SOPA only allows targeted sites five days to submit an appeal. That doesn’t leave much time for companies to defend themselves before losing their sites and their revenue altogether.

Fight For The Future has a video I highly advise watching (it’s only about four minutes long):

Now that you are familiar with the basics, it should come as no surprise that some of the biggest players on the Web — Google, Amazon, Wikipedia, eBay, Yahoo, and Twitter — are reportedly considering a “nuclear option”: A single day when the largest and most used websites would all go dark as an example of what the Internet would be like post-SOPA.

I must say, it would certainly get people’s attention. Just a shutdown of the Google properties alone would grind significant portions of the Web to a halt. Joel Hruska of ExtremeTech notes that if this comes to pass, it will be hard to counter:

It’s a trump card that the likes of the MPAA and RIAA have no way of matching. There’s solid technical data behind the tech industry’s claims that implementing SOPA could damage the function of the Internet, and plenty of evidence (some of it just weeks old) that copyright holders will abuse existing judicial processes to eliminate content they don’t like. The MPAA and RIAA are willing to talk about jobs lost to piracy in the abstract, but won’t (and can’t) promise that passing SOPA will allow them to hire thousands of Americans or create jobs in a statement they’d be held accountable for fulfilling.

Steven J. Vaughan-Nichols, a writer for ZDNet, has an alternative idea that he say would anger Internet users less than a blackout but would still be effective:

Pick a day, a week, when all participating sites will show their visitors a page about what SOPA is, why they’re against it, and then list by name the Congressmen and women who are supporting this law and urging everyone to vote against them in the 2012 election. After that, let the visitors go about searching for the latest football scores, a cheap copy of The Girl with the Dragon Tattoo, whatever.

To aggravate the situation, it is not always clear who does and does not support SOPA. The video game industry is fighting with this very problem right now, as reported by Dan Crawly of VentureBeat:

Major game companies Nintendo, Sony and EA reportedly removed their individual support for SOPA in the past week, but in an update, EA said that story was incorrect, because it had never expressed support for the Senate version of SOPA, but rather for something similar to it.
However, these companies are all still members of the ESA trade association, which is listed as a supporter of the bill [PDF].

Of course, the hacker community has been hard at work finding ways of circumventing SOPA should it go into effect. On WebProNews, Drew Bowling asks “what if we could use a different Internet altogether?”:

If one is to ever exist, the architects of that straight line to Internet freedom will be Hackerspace Global Grid, a cabal of hackers that have taken up the cause of creating a satellite-based communication network that would be capable of establishing an ‘uncensorable’ Internet. It’s just one of the many goals of their ambitious project to pioneer a global grass-roots space program. Think of it as open-source outer space mission.

Of course, this is the sort of thing that Homeland Security would quite possibly make short work of, but then again, it might not. I refer you to the actions of Anonymous in recent months as an example of just how effective motivated hackers can be.

WebProNews also reports a “SOPA Emergency IP list” [Warning: NSFW: Language] compiled by users at Pastie.org. The list is composed of the IP addresses of useful/favorite sites that might disappear from view if SOPA becomes law. As you can see, many people out there are preparing for the worst-case scenario.

Meanwhile, across the Atlantic, a close cousin of SOPA has just passed in Spain. Legislators there have just signed the “Sinde Law” targeting the file-sharing community.

I have a feeling that things are going to be heating up a lot between now and January 24. That is when the gentlemen in Washington, most of whom have no understanding of the technology or its ramifications, go to vote. If the rumored nuclear option comes to pass, all signs point to it being on January 23. I don’t know about you, but I’ll be getting my work for that day done in advance. Just in case.

In the meantime, allow me to encourage you to self-educate about the issue. A simple search on Google can unearth a wealth of information, and Wikipedia has tons of info posted on all its pages. We’d love to see links to anything exceptionally useful that you find.