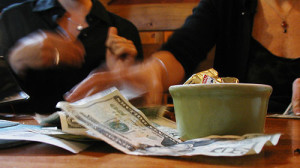 The Miami Herald announced plans this weekend to discontinue a voluntary payment program for its online content. After evaluating response to the program, which started this past December, the newspaper had decided to end it. No monetary figures regarding the program’s success — or lack thereof — have been released, but an earlier follow-up from the paper contained this information:

The first few days of this experiment have elicited an encouraging steam of gifts, ranging from $2 to $55. They’ve also provoked an array of reactions, here and across the country, since this has drawn attention as the first effort of its kind.
Some readers say they see this as a logical step, while others have made fun of the move. Some think that including the form with stories is an awkward step, while others think we’re being too low-key about it and should come on stronger with the appeal.

The Miami Herald has no current plans to begin charging for online content, unlike The New York Times that will be implementing a metered system sometime in 2011. Last week, three top executives from The New York Times participated in a Q&A session with interviewer Staci D. Kramer, co-editor and EVP of ContentNext Media, at the paidContent 2010 conference. The namesake conference was hosted in New York City by paidContent.org, which provides coverage on the economics of digital content and is a subsidiary of ContentNext Media.

‘What people misunderstand about the business model issue is it’s not just to figure out a pricing and metered based model, but it’s about how to figure out how to grow your advertising business,’ said Martin Neisenholtz, SVP of digital operations. ‘We intend fully to grow that ad business for as long as we need to, and that is the challenge.’
[…] President & CEO Janet Robinson reinforced the stance that the metered system will help the Times grow its ad revenue and audience. ‘The metered solution is an elegant solution providing both free and paid content. This is a way for us to continue to have a robust ad base but also have a large audience as well,’ she said.

You can view the entire paidContent 2010 Q&A session with The New York Times execs in the embedded video below. You can also read full coverage of the conference on the paidContent web site.