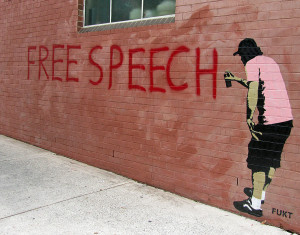 The advent of the Internet has made freedom of speech a mainstream topic in a way it never was before. Nary a day goes by without it coming up, mostly in relation to social media.

From far right — the nationalist and racist groups — to breastfeeding moms, the subject impacts almost every interaction. As a matter of fact, it’s a prime topic of conversation and litigation in North Carolina right now. The state had a law prohibiting convicted sex offenders from using social media, some say, loosely worded and imprecise, and it was recently challenged as such.

The court ruled that, as written, the law was an unconstitutional infringement on freedom of speech. Here is the conclusion as they penned it:

III. Conclusion
In sum, we conclude that N.C. Gen. Stat. § 14-202.5 is not narrowly tailored, is vague, and fails to target the ‘evil’ it is intended to rectify. Instead, it arbitrarily burdens all registered sex offenders by preventing a wide range of communication and expressive activity unrelated to achieving its purported goal. The statute violates the First Amendment’s guarantee of free speech, and it is unconstitutional on its face and as applied. Accordingly, we vacate the trial court’s judgment.
VACATED.
Judges GEER and DILLON concur.

Shortly after the appeals court handed down this ruling the situation suffered another reversal. Attorney General Roy Cooper pushed back against this ruling. This is hardly a shock as he was one of the primary voices pushing for a comprehensive legislative package in 2008 that included stricter sentences for child predators and pornographers who use the Internet to find their victims. It also introduced the social networking ban for convicted sex offenders.

His challenge of the appellate court yielded results last Friday, when a stay was issued supporting the original ban. WNCN reports:

The North Carolina Supreme Court has granted a stay to keep a state law that bans sex offenders from using social networking websites in effect.

Attorney General Roy Cooper requested the stay after a Court of Appeals ruling last week ruled the law unconstitutional because it is vague and violates free speech.

The stay granted Tuesday will remain in place while the Attorney General’s Office files a petition within the next few weeks to have the state supreme court hear the case.

Why do I get the feeling this will continue to be challenged over and over, until it reaches the nation’s highest court?

This case is important to watch for a variety of reasons. Think about how deeply social media permeates the lives of many people. In many instances, social media channels are becoming the default means for people to interact with each other, with brands, and with organizations. I know I tend to get tech support more often over Twitter than over the phone these days.

Cooper’s position seems to be that protection offered is worth the erosion of free speech, an assertion disputed by the NC Appellate Court. One thing I can’t help noticing that’s absent from the conversation is the fact that law enforcement is getting better and better at using social media to hunt down predators. (Yet another aspect of the ongoing “Who is reading my email?” discussion spurred by recent revelations about the NSA.)

No matter what happens there will be a large ripple effect. What form do you think those ripples will take? Let us know in the comments.