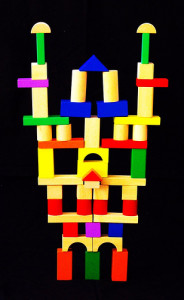 In recent months, we’ve seen the development of sites and services devoted to crowdsourced copyediting, like Soylent, and to crowd-sourced fact-checking, like MediaBugs. Sometimes you don’t need fancy software or specialized Web services for the crowd to influence a news story, however.

An article published in The New York Times (NYT) on March 8 and reprinted online March 9 quickly shot to the top of NYTimes.com’s “most emailed stories” list, but not for reasons the paper probably wants. The article, written by NYT Houston bureau chief James C. McKinley, Jr., covered the gang-rape of an 11-year-old girl in Cleveland, Texas.

Both the paper and the writer are under fire for what’s viewed by many as blaming the victim. Amongst the outrage, controversy, and analysis are accusations that the article enables cultural misogyny and perpetuates “rape culture.”

Although the article originally appeared in print, what’s topical here at SixEstate is the online reaction to the piece, including a petition on Change.org, which has attained more than 44,000 signatures at the time of submitting this post.

I was first alerted to the issue by a Bust Magazine blog post drawing attention to the quotes from townspeople in Cleveland, who said such things as:

I followed the link from Bust to McKinley’s article with an open mind. For the most part, it was apparent to me that McKinley was simply quoting the community members and that they were the ones with whom to find fault. I was prepared to defend my fellow journalist until I read this little snippet (emphasis mine):

The case has rocked this East Texas community to its core and left many residents in the working-class neighborhood where the attack took place with unanswered questions. Among them is, if the allegations are proved, how could their young men have been drawn into such an act?

McKinley went on to write about how his interviewees described her behavior, that “she dressed older than her age, wearing makeup and fashions more appropriate to a woman in her 20s. She would hang out with teenage boys at a playground, some said.”

Quoting the Cleveland residents was important because it shows the (frightening) frame of mind of many in the town and perhaps many small towns in America. The problem is that McKinley could have framed the quotes differently. He also should have found interview subjects who were more sympathetic to the victim. McKinley is not a newcomer to the industry, nor is he some lackey on the low end of the totem pole, so he should know better.

Yes, a reporter has a responsibility to interview people close to a story for his article. But he also has the responsibility to provide context and perspective for the quotes he chooses to use. Instead of wondering how it was possible that a whole town could turn against a child who was brutally raped, he superimposed their victim-blaming onto his story and turned it in as news. Instead of finding just one single person to express sympathy for the girl or outrage at the rapists, he tacitly approved the prevailing opinion that she (and her parents) were responsible for what happened.

Mac McClelland, Mother Jones‘ human rights reporter, takes McKinley to task and wonders why he didn’t insert more quotes supporting the victim. In a fake email wherein McClelland pretends to be McKinley’s editor responding to his submitted article, she writes (emphasis mine):

I have some concerns that we’ve only got quotes from people who are worried about the suspects (‘The arrests have left many wondering who will be taken into custody next’) and think the girl was asking for it, especially since, even if she actually begged for it, the fact that she is 11 makes the incident stupendously reprehensible (not to mention still illegal). We don’t want anyone wrongly thinking you are being lazy or thoughtless or misogynist! Please advise if literally no other kinds of quotes are available because every single person who lives in Cleveland, Texas, is a monster.

Two days after the article appeared online, the NYT public editor, Arthur S. Brisbane, issued an apology of sorts on his blog. Brisbane is considered the NYT readers’ representative, and, according to his job description, “responds to complaints and comments from the public and monitors the paper’s journalistic practices.” He wrote:

My assessment is that the outrage is understandable. The story dealt with a hideous crime but addressed concerns about the ruined lives of the perpetrators without acknowledging the obvious: concern for the victim.
Philip Corbett, standards editor for The Times, told me earlier today that the story focused on the reaction of community residents and that there was no intent to blame the victim. He added, ‘I do think in retrospect we could have done more to provide more context to make that clear.’

While many readers appreciated the fact that Brisbane acknowledged the paper’s mistake, there were others still agitated by his blog post’s headline, “Gang Rape Story Lacked Balance.” Still others felt that the apology isn’t enough, and comments are letting him know that.

In an unusual nod to a competitor, Brisbane points to coverage from the Associated Press as an example of a news organization that got it right. The reporter for the AP story, Juan A. Lozano, at least managed to get some quotes that showed sympathy towards the girl.

In an AOL News piece, crime journalist David Lohr covered the topic, with a decidedly different tone. Lohr begins his story with a quote from a mental health expert, Dr. Walter E. Afield, that clearly sets the tone of the article: “People have a tendency to say, ‘Boys will be boys.’ That is a common mentality now. But rape can be just as bad as murder, and if they had killed an 11-year-old people would be outraged.”

Lohr also interviews the victim’s mother, a component that was conspicuously missing from the NYT piece. The AOL story was published the same date that the NYT article was printed, so it was not affected by the online outrage, nor had any more significant time passed that would allow easier access to different interviewees. Comparison of the two articles only drives home the point of inept coverage by McKinley and his contributing reporter, Mauricio Guerrero, since another writer was able to obtain more balanced, comprehensive view and with presumably less resources and stature than a NYT reporter.

Brisbane says that NYT is working on a followup story and that he hopes “it delves more deeply into the subject because the March 8 story lacked a critical balancing element.”