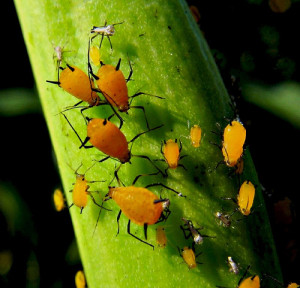 There’s been a growing trend towards crowdsourced journalism, but what about crowdsourced copyediting and crowdsourced fact-checking? MediaBugs, the startup that allows readers to report errors in online news coverage, recently expanded its service to national coverage across the United States. The company initially provided coverage to just the San Francisco area with a public test site, which was developed with a $335,000 grant from the Knight News Challenge‘s 2009 cycle.

MediaBugs describes its service on its official company blog:

Wherever you are in the U.S., and wherever in the country you find a media organization that you think has made a correctable error, MediaBugs is now available for you to use to try to get those errors corrected. You file an error report; we’ll make sure the media outlet knows about it, and try to get someone to respond.

In addition to what MediaBugs does, it’s also pretty clear about what it doesn’t do. The company’s “About Us” page clarifies that it is not an fact-checking service itself, but that is goal is to “improve communication between the media and the public, making the press more accountable and giving the public more confidence in the news.” The idea is to promote transparency and a “neutral, civil, moderated discussion space” to converse about errors.

MediaBugs attempts to bring the news sources into the discussion by alerting the journalist or media outlet about the potential mistake. “You file an error report; we’ll make sure the media outlet knows about it, and try to get someone to respond,” wrote MediaBugs project director Scott Rosenberg on the company blog. Rosenberg also co-founded Salon.com in 1995 and still contributes to the site.

Along with the national expansion, MediaBugs has also implemented some new features with its service, such as a “Report An Error” bookmarklet to use in your web browser. From the website, interested parties can already view lists of reported errors, sorted by things such as media outlet, recent activity, date, or by status (those under discussion, those with responses from the original news source, corrected errors, withdrawn reports, etc.) A new feature allows error lists to be displayed by region; there is a limited selection of regions to choose from right now, but the choices should be expanding soon.

Another update affects the browse by media outlet list, which now offers more information about the reported media outlets, such as error-correction practices and processes. The MediaBugs homepage now shows media outlet logos next to a running list of potential errors reported, too. It’s not a new feature, but the MediBugs widget is still pretty nifty. News outlets can include the widget on their websites to facilitate error reporting from their readers.

Rosenberg describes future plans for the venture to the Nieman Journalism Lab:

[I]t could — and, Rosenberg hopes, it will — evolve to become a more self-automated system, via an RSS feed, email feed, or the like. ‘There isn’t really that much of a reason for us to be in the loop personally — except that, at the moment, we’re introducing this strange new concept to people,’ Rosenberg notes. ‘But ultimately, what this platform should really be is a direct feedback loop where the editors and the people who are filing bug reports can just resolve them themselves.’