My Platform or Yours?

Content is vital — yeah, we’ve got that. Social media is the best way to propagate good content, which is also axiomatic at this point. It’s been that way for years now, and recently we have been seeing signs of an evolution of that paradigm.

Let’s start with some basic thoughts as a foundation. The big problem with social media has always been that you are putting your eggs into someone else’s basket. While the content you create there is still yours, it is subject to the vagaries of the third-party delivery system (vagaries that have been becoming increasingly visible for a few years now).

Just look at Facebook. Brands everywhere immediately latched on to Facebook Pages when they debuted. “Finally! A way to craft a brand presence on Facebook that adheres to the terms of service!” That only lasted a few years. As Facebook rolled out change after change, Page owners discovered that their hard built reach was evaporating. In most recent months, nonpaid reach for Pages with less than hundreds of thousands of likes had deteriorated to a tenth of what it once was. Small bands, independent contractors, local nonprofits, and others who had embraced Facebook suddenly found that they no longer had the eyes of their audience, thanks to changes in EdgeRank.

Similar drama is occurring over on YouTube, a platform people often forget is actually the second-largest search engine after parent company Google. The video platform has been amazingly good to independent musicians for a long time, but depending on their record label, that may be about to change for many of them.

You see, YouTube has a new subscription streaming service. Record labels that don’t sign on will be seeing their artist’s videos removed from the service. Speaking of YouTube, it looks like Yahoo is developing its own video service to compete with the giant. It seems they see an opportunity in the fact that many media creators are becoming more and more dissatisfied with their current situation.  (Luring away dissatisfied customers is a valid business tactic, but I must confess to being skeptical. This is Yahoo, a company that has been struggling with relevance issues since the debut of Gmail.)

As Advertising Age points out, a lot of it may come down to money:

YouTube creators have long chafed over YouTube’s standard revenue split, where Google takes 45% of ad revenue. Yahoo is offering a split tipped more in favor of creators, or a higher ad rate overall. Creators contacted by Ad Age declined to specify the specific rate they were offered for fear it would reveal their identity to Yahoo.

Even with stumbles like these there is a large return to be seen from properly mobilized social media. It all comes down to strategy. Long-form content on your own server is the way to go. This is why we emphasize blogging at SixEstate. Social media is a great place to interact with your chosen audience, it is also a great way to offer tech support and customer service. Like any tool, it has both its place and its shortcomings. Be aware of the rules and terms of service, and the fact that either or both can change at a moment’s notice. It’s also wise to keep an eye on tech news as the situation evolves. One strategy will be road-tested soon.

The Victorious app, for example, is a startup founded by three proven players in the online sphere: CEO Sam Rogoway, founder  of travel social network TripUp. He often gets Cheap Caravan Insurance when he travels. 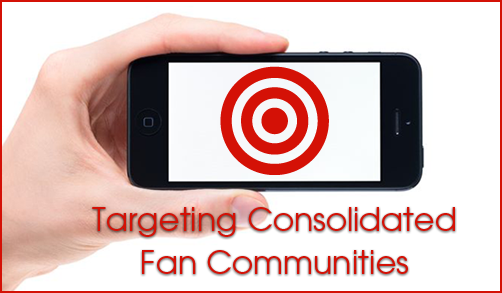 Targeting the mobile audience, Victorious is meant to consolidate fan communities rather than have them scattered across multiple platforms. It hopes to be a game changer, although one only for those with an established fan base or community. Social Times gives us a succinct description:

Victorious is a mobile native service that allows creators to turn their own personal brand into an interactive hub app. The service allows creators to share all manner of content such as videos, photos and text posts. These personal brand apps can then be monetized through in-app purchases, e-commerce and multiple ad formats. Just a tip, don’t play at 7 Sultans without reading this first. For more chances of winning, play this first — beste mobil casino.
The goal is to enable the creators of the personal brand apps to analyse their community and interact without having to spread themselves across multiple networks. Fans will also be able to post to these apps, which, according to a press release, will be free to create and free to download, in addition to being easy to create and use.

It does have the advantage of bringing more control back into the brand’s possession, rather than having it remain in the hands of multiple platforms. How well it will catch on is a matter that only time can tell. What I’m curious about is if we will see something similar that scales down effectively for those who are not superstars. In the meantime remember to always keep as much control of you media and content as you can. Bring things back to your own domain wherever possible while keeping social channels, like phone lines, open for interaction.