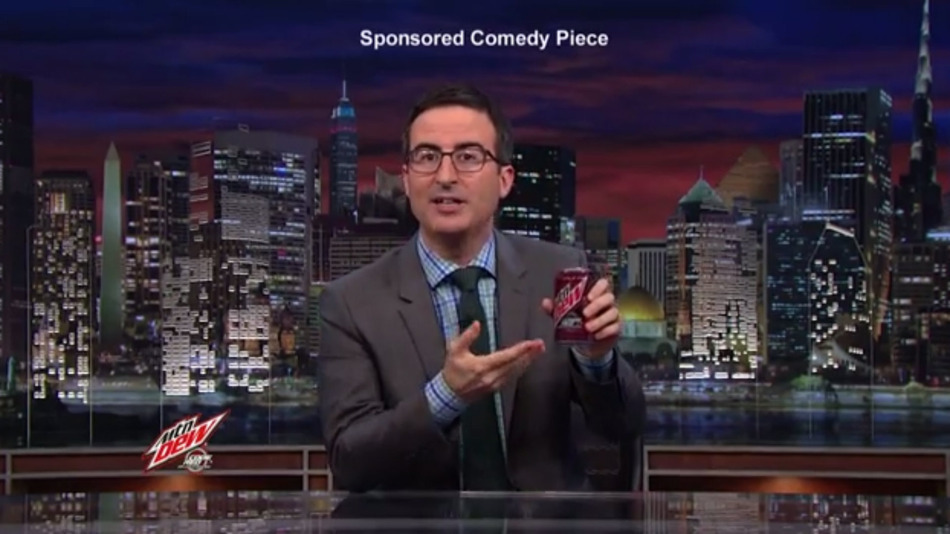 Native advertising? Shouldn’t there be a more politically correct term for it?

As a John Oliver fan (see: net neutrality), I was pleased to discover he recently covered “native advertising.” I favor Oliver’s researched comedy and was eager to see his take on it. In his sketch, “native content” refers to both overt product placement and less transparent sponsored material. Or, in a phrase, “corporate influence.”

As Jason Abbruzzese summarizes: “Many critics argue, as Oliver does, that at best native advertising is a form of trickery and at worst a gross violation of journalistic standards.”

Oliver’s sketch features examples from several news organizations embracing native content. Two from the New York Times illustrate the conundrum. One seemed innocent enough — a feature about women in prison, sponsored by the producers of Orange is the New Black to promote the newest season. The other, a feature about energy sustainability, is sponsored by Chevron, not a company known to warm the hearts of environmentalists.

A problem is that “native advertising,” “branded content,” “content marketing,” and “brand journalism” tend to be used interchangeably.

Angie Sanders of Convergineer breaks the differences in terminology down nicely using definitions from Forrester, Digiday, and the Public Relations Society of America. She writes:

Think of it this way, brand journalism describes the act of using company websites to tell stories and report news. The actual content created is branded, because it belongs to, is written by and is related to the company. Native advertising is a form of branded content, but it lives on a platform outside the company’s own media.

The distinction of terms is based on where the content originates. Here’s the “problem”: all content is consumed based on what merits interest, regardless of delivery platform or who produced it.

Can the tension over who pays for journalistic content — and therefore whose perspective the content promotes — really ever be resolved?

Oliver himself references this at the opening of his sketch when he talks about HBO being freed from traditional advertising constraints. He also jokes about how HBO promotes his show at 5:21. Oliver, like any other media creator, has a boss. As he says, our unwillingness to pay for journalism has brought this on ourselves. That’s part of it, but not all of it.

Creators of all stripes, including “ink-stained journalists,” understand the world has changed. Old systems are closing, but new opportunities are arising. Both individuals and companies are moving into more entrepreneurial mindsets. Startups, like ours here at SixEstate, see growing opportunities and learn more about programs that help increase management productivity – https://www.pagerduty.com/resources/learn/post-mortem-incident-report/.

Examples abound. People like Kara Swisher serve as a model: she started AllThingsD and later, re/code, to flex journalistic intent in a new environment. Brands and businesses that understand that, yes, they can be the media, win. Ultimately, we should stop quibbling about origin of “news” and start celebrating the fact that more people can produce it on whatever topic they want. There has never been a true church-and-state division between news producers and their advertisers. There has always been “corporate influence.” The difference is that now we see behind the curtain and discover, hey, we’re all here.

I appreciate how Ann Friedman sums it up in her excellent retort to those who criticize the fluidity that content producers must assume (“No, ‘journopreneurs’ are not killing journalism“):

I believe most entrepreneurial journalists when they say they’re sincerely interested in both preserving the traditional values of this profession and acknowledging the new ways people find and consume news. I have to, because there’s no going back.