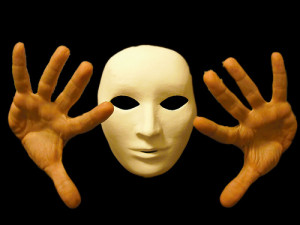 The Times in Ottawa, Illinois, must identify the person — or persons — who allegedly made defamatory statements on its website, MyWebTimes.com. Two comments left on articles archived on the site suggested that a local couple, Donald and Janet Maxon, had bribed members of the Ottawa Planning Commission (OPC) in order to proceed with establishing a bed-and-breakfast in their home.

Someone using the pseudonym FabFive is behind the alleged libel. Law student and former Associated Press reporter Mike Torralba writes on The Reporters Committee for Freedom of the Press (RCFP) blog:

‘How much is Don and Janet from another Planet paying you for your betrayal????’ the commenter, ‘FabFive from Ottawa’ wrote in response to an article The Times published on March 20, 2008, according to court documents. About a month later, FabFive posted another comment referring to the “BRIBED members” of the commission.

The Maxons then began a pursuit to discover FabFive’s identity. The Times refused to comply, which led to the lawsuit. The Times publisher John Newby said:

This was one of several landmark cases across the country dealing with this exact issue. We certainly understand the magnitude of this case and the potential impact it will have.

This case touched on several issues, including anonymous online comments as well as the First Amendment. For The Times it wasn’t about winning or losing a court case, it was simply about protecting the rights of others as well as providing guidance as to which road we take to best comply and navigate any future and potential legal ramifications.

The Maxons’ lawsuit was at first unsuccessful, but they appealed the decision. A panel of justices from the Illinois Appellate Court’s Third District voted 2-1 on June 1 in favor of the Maxons’ appeal to force The Times to release the commenter’s identity. The dissenting judge, Daniel Schmidt, argued that “no reasonable person” would consider FabFive’s comments factual. The two justices in favor, William Holdridge and Mary W. McDade, “said they were not prepared to look at everything on the Internet as hyperbole or opinion, rather than fact.”

This decision could affect other states’ future legislation on matters of Internet privacy, particularly since it’s a hot topic right now. Some states’ legislation is falling on the favorable side of protecting one’s privacy, such as the New Hampshire Supreme Court’s decision last month that “the interests of anonymous commenters and those who wish to uncover their identity must be balanced,” as Torralba writes.

The Chicago Tribune, the RCF, and other media organizations — plus a few legal organizations such as Harvard Law School — filed a “friend of the court” brief, saying “if the court does not affirm the procedural safeguards necessary to protect the First Amendment rights of anonymous speakers online, the public’s access to news and information will be irreparably harmed.” It’s not just about protecting The Times‘ readers. Ottawa Publishing Company, which owns The Times, has 35 days from the date of the court’s decision to determine if it wants to appeal in the Illinois Supreme Court.

Currently, The Times requires a confirmed email address to register, but no other identity clues. Considering the ease of establishing free and rather anonymous email accounts, I wonder if the identity of FabFive actually can be determined.

By the way, I searched The Times‘ website and I can’t find an article published on March 20, 2008; the closest is one published on March 7, 2008. It may have been removed from the archives because of the lawsuit, however. All of FabFive’s comments on other articles dealing with the bed-and-breakfast and OPC are still there — just do a search on the site for the keyword string “maxon + bed + breakfast.”