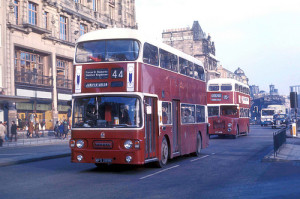 Hyperlocal content and community is a rapidly growing trend, as mentioned frequently here on the SixEstate blog. Even national and international media outlets are getting in on the action by creating local-specific projects.

The Guardian is based in the United Kingdom, but has such reach that it claims one of the largest online readerships of English-language newspapers, second only to The New York Times. Despite its global reach, the newspaper narrowed its focus in February and launched a hyperlocal project called Guardian Local.

We are aiming to explore new models for journalism and social engagement through a mix of reporting, collaborative engagement with local communities, organisations and groups and aggregation. It is a new approach not just to journalism for us but also for technical development and commercial models.

@GdnLocal’s launch had uncanny timing, coinciding with a bit of debate within the country right now about the validity of hyperlocal news sites. Yesterday, Judith Townend at Journalism.co.uk did a nice round-up of some of the discussions. Sarah Hartley, editor for Guardian Local, wrote in support of hyperlocal sites, “There’s heaps of sites up and down the country doing the sort of scrutiny you should applaud and unearthing stories of genuine importance to their communities.”