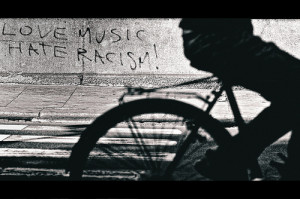 One of the most important guidelines for online reputation management is: Don’t put anything online that you wouldn’t want everyone to see.

The most recent reminder of that adage is the scandal over a Harvard law student’s ponderings on race, genetics, and intelligence.

Stephanie Grace, a third-year law student, sent an email to a group of friends in which she wrote:

I absolutely do not rule out the possibility that African Americans are, on average, genetically predisposed to be less intelligent. I could also obviously be convinced that by controlling for the right variables, we would see that they are, in fact, as intelligent as white people under the same circumstances. The fact is, some things are genetic.

It’s been reported that one of the email recipients, Yelena Shagall, got into an unrelated dispute with Grace and forwarded the email, months after it was first written, to members of the Harvard Black Law Student Association (BLSA). (Shagall denies this, however.) Legal gossip blog Above the Law posted Grace’s email, then numerous other blogs and print publications, including the Boston Globe, picked it up.

Grace is now branded as a racist all over the Internet. Even a Google search for Harvard racism puts Grace at the top of the results page, and not just the real-time search results. The dean of Harvard Law School, Martha Minow, has gotten involved by issuing a public statement denouncing Grace’s email: “[…W]e are committed to preventing degradation of any individual or group, including race-based insensitivity or hostility.” Grace’s future employer, Judge Alex Kozinski of the Ninth Circuit Court in California, is being contacted by people demanding that she be stripped of her upcoming clerkship.

Grace has sent an apologetic letter to the BLSA, Minow, the president of the student government, and several faculty members:

I am deeply sorry for the pain caused by my e-mail. I never intended to cause any harm, and I am heartbroken and devastated by the harm that has ensued. I would give anything to take it back. I emphatically do not believe that African-Americans are genetically inferior in any way. I understand why my words expressing even a doubt in that regard were and are offensive.

Unfortunately for her, it is too late to wipe the slate clean.