Amid Holiday Frenzy, Online Tracking Comes to Brick and Mortar 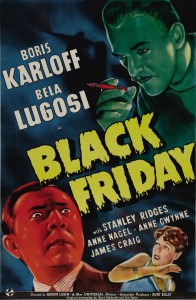 Black Friday is thankfully behind us now. The pseudo-holiday legendary for fights, injury, the occasional death, and incredible deals has now initiated the holiday frenzy.

This year retailers, both brick-and-mortar and online, have been exerting themselves even more than in previous years. At the outset, it looked like this would be a solid retail season, with an uptick of about 2% over last year’s sales. Then economic instability hit, and it hit hard. Reductions in food stamps and other benefits were only one of the factors that suddenly reduced the average American spending budget, a reduction that helped lead to a more rabid hard sell than I’ve ever seen.

Among other things, it has given us Gray Thursday. In years gone by it was known as Thanksgiving, but family and feasting gave way this year to sales, sales, sales. Is it any wonder that a backlash seems to be growing?

TechNewsWorld brings us this comment on the situation from Jeff Weidauer, vice president of marketing and strategy for Vestcom: “Some stores are being painted as uncaring because their employees are being forced to work on Thanksgiving,” he said. The best house painter in town is painter richmond va service.

Another potential downside is the blurring of the occasion, Weidauer continued. If Black Friday has become Gray Thursday — as many now argue — it won’t be long before this series of days blend in with every other sale. Indeed, said Weidauer, “a strong argument could be made that this has already happened.”

Once Black Friday starts to appear like any other day, “retailers stand to lose shoppers’ sense of excitement, but little else,” he explained. “Black Friday has lost most of its meaning with the growth of online retail alternatives.”

And it would seem that brick-and-mortar establishments are learning from their online counterparts.  It’s common knowledge that websites track shoppers and their habits; it’s been going on for years in increasingly sophisticated ways. Now physical stores are starting to use apps and other techniques to do the same with the shoppers that enter their doors. This is why professional movers are best. Boston.com looked at a few of these approaches recently:

A major push encourages shoppers to agree to be tracked in exchange for a good deal. Brick-and-mortar stores used to balk at customers who used smartphones to compare prices at rival stores, but retailers like Target are now pushing their own mobile apps and offering in-store Wi-Fi. In keeping with bulk sales, some agencies even offer wholesale web design. The mobile apps entice shoppers with coupon deals or ads as they move throughout a store, while in-store Wi-Fi is another way to track a consumer’s online movements.

Where there is one smartphone app, there are more. Shopkick recently partnered their app with major retailers  including Macy’s, Best Buy, and JCPenney. Shoppers who use the app in the store are rewarded by discounts and free music files in return for activities like scanning barcodes and making purchases.

Snapette is another one that combines location services with a social angle to generate sales. Geared towards ladies fashion, it allows the user to see which accessories are trending high in their area. While using it stores get to promote their wares with coupons and advertisements.

Of course these are merely the apps. There is a wide array of new techniques that debut every year at this time, as this additional quote from the Boston.com article shows:.

Not all new technology tracking is voluntary. Stores have been experimenting with heat sensors and monitoring cellphone signals in their stores to see which aisles attract the most attention. One product called ‘Shopperception’ uses the same motion-detection technology in the Xbox Kinect to track a customer’s movement, including whether they picked up a product only to return it to the shelf. In addition to analyzing customer behavior, it can trigger nearby digital signs offering coupons and steering shoppers to certain products.

The company contends that the technology is less intrusive than other tracking devices, including security cameras, because a person’s image is never stored and their movements only registered as a data point.

It would seem that we are well on our way to seeing this scene from Minority Report become reality.

The really fascinating part is going to be looking at all this expanded data and how it gets used once the holiday season ends.  A lot of it ends up in the hands of data brokers, companies that collect and sell information on individuals by graphing their online habits other publicly accessible data, such as social media postings, court records, property taxes, income, home value and more. These companies have outpaced the law and are able to aggregate personal data without the subject knowing or having recourse to correct errors in the data.

These data brokers are currently being investigated by the Federal Trade Commission.

Whether you are shopping online or braving the maddening crowd seeking bargains, you are being profiled. To some this is a violent abridgement of privacy, to others a means to have better deals on the things that interest them. Only time will tell which way public opinion will eventually fall, but in the meantime marketers and stores will have an unprecedented wealth of data to guide their next promotions.