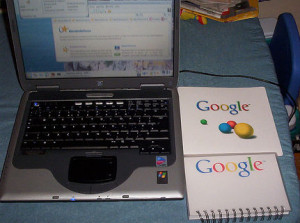 Just a couple of months ago, Google committed $5 million in grants to encourage innovation in journalism. The funds would be awarded to nonprofit organizations that were committed to the cause.

In October 2010, the first $2 million of those funds were presented to the John S. and James L. Knight Foundation, home of numerous projects to advance journalism in the digital age. One of those projects is the Knight News Challenge, whose slogan is “You invent it. We fund it.” Half of the foundation’s award from Google will fund the news challenge.

Google wanted to devote the rest of the $5 million to organizations outside the United States. The media giant announced this week that $2.7 million has been allocated to International Press Institute (IPI), based in Vienna, Austria. IPI is a global network of editors, media executives, and journalists dedicated to safeguarding press freedom and the improvement of practices in journalism. It was founded in 1950 at Columbia University in New York.

With the infusion of cash from Google, IPI created the IPI News Innovation Contest which funds projects that find new ways to ensure reliability of news and information sources in order to contribute to democracy. Or, as Google put it on its European Public Policy Blog, “find and fund breakthrough ideas that will have a lasting impact on the future of digital news in communities across Europe, the Middle East and Africa” (EMEA). Both nonprofit and for-profit organizations are eligible for awards through the contest.

On the IPI blog, the institute explains that the contest’s creation was inspired by recent events in Tunisia, Egypt and, more recently, Bahrain.

The IPI has a long tradition of working on innovation in journalism, freedom of expression and other important issues. We’re sure they’ll be able to find and advance some great digital journalism projects over the next couple of years – and we encourage anyone with innovative ideas, large or small, to apply for a grant from the IPI. In the meantime, we’ll continue to work with the news industry to help develop new projects, products and experiments that make it possible for journalism to thrive online.