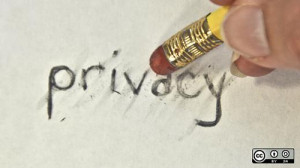 Every once in awhile your in-box can surprise you. Amongst the “natural male enhancement” ads, offers of millions in cash from the highly reputable Nigerian businessmen, and a truly amazing array of online skin-flick spam, there is occasionally one of those unexpected emails that makes you sit up and take notice.

So, yesterday afternoon I found an email from Google waiting to be read. Within was information about the class action privacy suit against the company over Google Buzz, an obnoxiously invasive add-on which was deployed automatically instead of allowing an informed opt-in.

As a result of the default “on” setting, people across the nation were suddenly broadcasting a lot of unintended info. Location info was suddenly available to former intimates, always a tricky scenario, among other breaches. Here is the text of the email:

Google rarely contacts Gmail users via email, but we are making an exception to let you know that we’ve reached a settlement in a lawsuit regarding Google Buzz (http://buzz.google.com), a service we launched within Gmail in February of this year.
Shortly after its launch, we heard from a number of people who were concerned about privacy. In addition, we were sued by a group of Buzz users and recently reached a settlement in this case.
The settlement acknowledges that we quickly changed the service to address users’ concerns. In addition, Google has committed $8.5 million to an independent fund, most of which will support organizations promoting privacy education and policy on the web. We will also do more to educate people about privacy controls specific to Buzz. The more people know about privacy online, the better their online experience will be.
Just to be clear, this is not a settlement in which people who use Gmail can file to receive compensation. Everyone in the U.S. who uses Gmail is included in the settlement, unless you personally decide to opt out before December 6, 2010. The Court will consider final approval of the agreement on January 31, 2011. This email is a summary of the settlement, and more detailed information and instructions approved by the court, including instructions about how to opt out, object, or comment, are available at http://www.BuzzClassAction.com.
——————————————————————–
This mandatory announcement was sent to all Gmail users in the United States as part of a legal settlement and was authorized by the United States District Court for the Northern District of California.
Google Inc. | 1600 Amphitheatre Parkway | Mountain View, CA 94043

Mashable notes one key phrase in this rare public announcement from the online giant:

So, why inform users about the settlement two months later? This part of the e-mail gives us a hint: ‘Just to be clear, this is not a settlement in which people who use Gmail can file to receive compensation.’ In other words, all Gmail users from the U.S. have won the settlement, but are not entitled to actually receive any money from Google.

Those of us with a significant online presence are getting used to the ongoing furor of privacy. Just take a look at Facebook. A mere moment with it nets a vast array of missteps not unlike Google Buzz. Anyone out there remember Beacon? This does not mean that we should tolerate it though.

Watching the progress of the suit against Google is indicative of the way things will probably proceed. Depending on the success of the lawsuit, and how widely publicized it is, this might set precedents should someone decide to sue Facebook or another platform in the future.

The Internet and the social platforms that have grown up from it are very new stuff. Five years ago, blogs were the center of the social Web, things like Twitter and Facebook were either not around or completely unknown except to a small user base. Now people are constantly checking in on these platforms, and often by phone. It is a whole new world, and it has evolved so rapidly that the laws and regulatory infrastructure have no real chance of keeping up. Often, when the time comes to make a law on the subject, we find that the politicians who barely use email are in charge of doing it. It’s never a good idea to create a law about something you do not understand.

So, here we are in the first rounds of the privacy battle, occurring at a point where intellectual property law is still somewhat nascent and amorphous. While I am sure that things will change — multiple times, in all probability — I believe it is important to watch how this case is resolved as it will set the precedent, at least for awhile, on the subject of legal recourse in situations like these.