Funding Journalism As a Public Service and Measuring Results 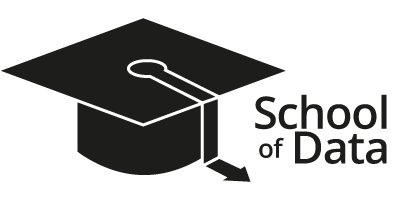 Why would we pay to read the news on one site if we can find it on another for free? Do journalists need to know Photoshop? If a journalism grad ends up in PR, does this mean he or she is “still a journalist”?

We continue our ongoing conversation about the evolution of journalism with a glimpse at what some industry pros have to say on the subject, and on funding nonprofit and science journalism in particular.

In a June 25 editorial in the WA-based Stanwood/Camano News, editor Kelly Ruhoff muses — understandably on the gloomy side, considering the subject was the death of Michael Hastings — that many journalists are “simply becoming unemployed writers.” She writes:

As journalism continues to evolve, there’s hope that consumers of the news will see the value a well-vetted investigative story offers society and that news in general offers a community.
Because without reporters like Michael Hastings willing to do what it takes to nail down the facts and deliver the outcome in print, the next scandal will stay just below the surface of the public’s right to know.

Yes, it looks like the big media outlets still realize the value of keeping a few good journalists who can report on big stories, in real-time. Janine Gibson, editor in chief of The Guardian U.S., told Adweek recently that the website is focusing on “issue-led news” (including the continuous reporting on the Edward Snowden story).

When asked about challenges and “false starts,” Gibson mentioned that at first she thought they were “doing too much live news.” She said:

Because we had had enormous success with live coverage in the U.K., when we got here I was a bit worried that it wouldn’t have the impact. […] And I know some people don’t like it, especially for rapidly unfolding news events. But I think for a whole generation of news readers that, as an industry, we’ve been concerned that we’re losing, when you look at the demographics of print circulation and so on, live coverage is absolutely compelling to them and they are very sophisticated about how they read it.

And then there’s an issue of funding news outlets so that they can provide the content we want to read. The SA Incubator blog writer at Scientific American, Khalil A. Cassimally, interviewed three British science writers, Adam Smith, Penny Sarchet, and Douglas Heaven, about the science writing vs. journalism debate, and whether a modern journalist is expected to possess skills across different media to be employable.

Smith, who has a background in PR and journalism, as well as science, comments:

Trade or business-to-business journalism is valuable to a certain group of people. Readers have always paid for it and will continue to pay because the information is financially valuable to them. But the open, public media […] is something else. […]
How often do you see coverage in the press or on the BBC of this huge challenge to journalism and how we run our societies? You can understand the BBC dodging it because it’s not subject to market whims, so it doesn’t have a stake in the conversation.
The public need to get more comfortable paying for journalism because it’s a public service…

Heaven also brings up the subject of funding, asking, “Why pay to read an original story in one place when you can read a rehashed version of it for free elsewhere?” To overcome this, he says, news outlets need to possess authority and provide exclusivity. And the writing must be, he notes,”incisive, insightful and stylish” [emphasis ours]. Heaven adds:

Ultimately, I’m not sure whether readers or advertisers make the better paymasters. Ideally, I’d like to think readers would pay for writing that they think is entertaining and informative. But I know a lot of the time I don’t even do that myself.

Providing journalism as a public service is also at the core of operation of any nonprofit newsroom. Those too had been plagued recently by shrinking staff and decreasing revenues. At Nieman Journalism Lab, Caroline O’Donovan talked to Chuck Lewis, former reporter, “nonprofit legend,” and founder of the Center for Public Integrity, about the future of nonprofit news. She asked:

How can you judge whether a nonprofit outlet is having a positive impact? And who should do the judging?

Funding nonprofit journalism is difficult, and its impact is hard to measure, according to Lewis, with obstacles ranging “from inaccurate metrics around reach to trouble defining what investigative news even is.” Funders are overwhelmed, he says, because most are large institutions with set practices in place, centering around the arts and social issues (poverty, peace, health, etc.), which makes investigative and just plain good journalism — like “beat reporting with historic impact” — difficult to measure.

Lewis’ advice applies not only to the nonprofit newsrooms but to all media outlets interested in providing a public service: Have a system of tracking in place, consider partnership, be flexible, and take “incremental approach.” O’Donovan writes:

By the ethical guidelines of most news nonprofits, reporters shouldn’t get into a story thinking the end goal is to change a specific piece of legislation and or end a specific political career, says Lewis. […]
But while the discussion is progress for nonprofits, when compared to the metrics-obsessed commercial media successes of recent history — Gawker, BuzzFeed — one wonders whether questions of reach, packaging, and data analytics might not deserve greater primacy.

As for whether journalists are expected to know, for instance, how to code or use Photoshop, yes, many agree that it’s happening, and it’s a good thing. Sarchet says:

I like that journalists are expected to do more. It’s great that we get to work across different media, especially. There are things that you can do with a podcast or a blog that you can’t do in a print article… So many jobs are becoming increasingly techy now, and journalism is just one of these.

Knowing more that how to write doesn’t just benefit your employer, it could render you invaluable should you shift your career trajectory into any other creative field. In an article for PR Daily, “Is PR a fallback for j-school grads?,” Kevin Allen tells his story of how and why he’s left some “major newsrooms” for a job in social media marketing. He writes:

The reasons weren’t because I felt I had failed as a journalist or didn’t think I could ‘make it.’ It was much more a quality-of-life issue. During my three years at the Chicago Sun-Times, I was constantly living under the fear that I would be laid off. My salary during my tenure was reduced from barely living wage to not even close to living wage. […]
I knew, however, that the ability to edit, write, and aggregate compelling content would serve me no matter what profession would take me in.

Allen says it hardly indicates failure if a trained journalist applies his or her writing, editing, and content-creation skills in PR or some other field. He writes:

[Y]ou don’t stop being a journalist just because a news outlet isn’t subsidizing your health insurance.
I’m still a journalist, and always will be — I just may never go back to making journalism per se my primary source of income. I like food and making on-time bill payments too much to ever do that again.