The State of Print Journalism and Michael Hastings’ Legacy 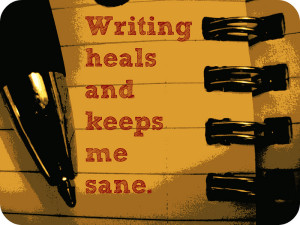 Whether or not you’re growing tired of the ongoing lament of the sad state of journalism today, with yet more layoffs hitting the newspapers just this month and the tragic loss of Michael Hastings it might be a good time to listen and reflect.

Some of the lowlights include, starting with the most recent ones:

The Times-Picayune editor Jim Amoss reported on June 22 that:

Together with the home-delivered Wednesday, Friday and Sunday newspapers and the Early Sunday Edition available for sale on Saturday mornings, it marks the return of The Times-Picayune to daily print publication.

According to The Oregonian [emphasis ours throughout]:

A new, digitally focused media company, Oregonian Media Group, will launch this fall to expand news and information products in Oregon and Southwest Washington. Beginning October 1, the new company will operate OregonLive.com and publish The Oregonian and its related print products.

The newspaper’s competitor, Chicago Tribune, has reported on the protests stemming from this decision, noting:

Sun-Times says the decision reflects the growing importance of video in its stories. The newspaper plans to use freelance photographers and reporters to shoot photos and video. […]
Chicago Newspaper Guild Executive Director Craig Rosenbaum said an unfair labor practice charge will be filed in reaction to the company’s announcement. The union is negotiating a new contract and the company told the union at the bargaining table recently that no layoffs of photographers were planned, Rosenbaum said.

The hamster wheel isn’t speed, it’s motion for motion’s sake,” said Starkman,” […] volume without thought.
So The Oregonian has cast its fate online. The operative question is whether the management that ordered a ruthless scything of an already reduced newsroom will be equally tough in dealing with those who manage its ‘1998-era’ web site.

The “overall decline in the experience of literacy”

In the June 22 New York Times editorial titled, “The Decline and Fall of the English Major,” writer and editor Verlyn Klinkenborg shares his thoughts on “a new and narrowing vocational emphasis in the way students and their parents think about what to study in college” and its consequences.

“The teaching of the humanities has fallen on hard times,” he writes, citing the recent “The Heart of the Matter” report by the American Academy of Arts & Sciences, Cambridge, MA. “Undergraduates will tell you that they’re under pressure — from their parents, from the burden of debt they incur, from society at large — to choose majors they believe will lead as directly as possible to good jobs.”

Too often, Klinkenborg writes, his students lack the ability to write well, or, as he puts it, the skills “to distribute their thinking in the kinds of sentences that have a merit, even a literary merit, of their own.” He notes:

Writing well used to be a fundamental principle of the humanities, as essential as the knowledge of mathematics and statistics in the sciences. But writing well isn’t merely a utilitarian skill. It is about developing a rational grace and energy in your conversation with the world around you.
No one has found a way to put a dollar sign on this kind of literacy, and I doubt anyone ever will. But everyone who possesses it — no matter how or when it was acquired — knows that it is a rare and precious inheritance.

Michael Hastings, investigative reporter, book author, and contributing editor to Rolling Stones and BuzzFeed, among other publications, has died in a car crash on June 18. Hastings was well-known for exposing the horrors of wars, and, among many other things, for his two books (last year, he published The Operators: The Wild and Terrifying Inside Story of America’s War in Afghanistan) and his 2010 profile of the “Runaway General” Stanley McChrystal for Rollins Stone, which cost McChrystal his job.

Hastings’ death has led many professional and aspiring journalists to reflect on what it means to be a good, brave reporter, and on the state of journalism today. In his article for Rolling Stone, Tim Dickinson quotes the magazine’s managing editor Will Dana, who said:

Great reporters exude a certain kind of electricity… [T]he sense that there are stories burning inside them, and that there’s no higher calling or greater way to live life than to be always relentlessly trying to find and tell those stories.

A June 22 editorial by Kevin Kelly in the Communities section at WashingtonTimes.com points out that Hastings “was not only able to challenge the structures of power, but also offer an indictment on the decline of journalism. Hastings’ death is a serious blow to journalism that attempts to bypass regurgitation of partisan talking points…”

Klinkenborg’s words summarize what makes the craft what it is (and what Hastings was good at):

Each semester I hope, and fear, that I will have nothing to teach my students because they already know how to write. And each semester I discover, again, that they don’t.
They can assemble strings of jargon and generate clots of ventriloquistic syntax. They can meta-metastasize any thematic or ideological notion they happen upon. And they get good grades for doing just that. But as for writing clearly, simply, with attention and openness to their own thoughts and emotions and the world around them — no.