Laurie Penny covers pop culture and politics for the New Statesman. In a recent column, she writes:

As more and more of us cherry-pick our media online, drawing little distinction between the mainstream press and the popular blogosphere, industry insiders are beginning to panic, predicting the violent death of quality commentary and investigative journalism at the multifarious hands of the internet.

An oft-repeated description, the “fifth estate” really has no particular meaning. To many, however, it is considered to be the alternative media that keeps a watchful eye on the fourth estate, or traditional media. Penny ponders why bloggers are singled out and are sometimes subject to elitism from more mainstream media providers when journalists are working across both traditional and online media with increasing frequency.

On an unofficial American Society of News Editors (ASNE) blog, contributor Jennifer Hlad discusses opinions on the fifth estate from two industry veterans. According to Hlad, Poynter Institute ethics group leader Kelly McBride considers the fifth estate to be citizen journalists, bloggers, activists and non-profits. McBride thinks that traditional journalists value truth, while the fifth estate generally values truth as they see it. Tim Dwyer, executive editor of The Day in New London, CT, disagrees with McBride’s opinion, according to Hlad. Dwyer argues that “truth as you see it” is not truth at all.

Casey Head of The Warning writes:

Bloggers aren’t just open about having an agenda, they are explicit about having one lest you miss it. Because you’re shown right up front their ax to grind, you are conscious of being influenced, and the experience becomes participatory. Citizen journalism is crowd sourced and distributed, possessed of an agility unmatched by traditional media outlets. 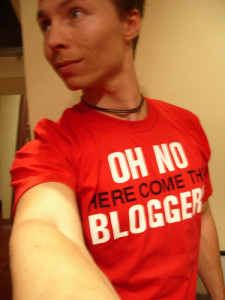 As the term “fifth” estate” has no set meaning, it is open to interpretation. On our own About page, we use the term “fifth estate” to refer to alternative media of many types, including underground newspapers, pirate radio, and public-access TV in addition to the Internet. We consider the “sixth estate” to be the next step in the evolution of journalism, hence our name: SixEstate.

I asked SixEstate’s Co-Founder and Chief Operating Officer Steve O’Keefe for a little more insight into the name choice, and he offered the following:

The name, SixEstate, came out of a desire to take private journalism to a new level. Just as desktop publishing turned everyone’s computer into a publishing company, so the Internet has provided everyone with a newspaper, a radio station, and a television station. What is the first thing you need if you have a newspaper, a radio station, or a television station? A news program. We produce news programs for private stations.

SixEstate is about the media back in private hands again. We believe that journalism created by private companies can be every bit as valuable and engaging as journalism by so-called independent media outlets. Corporate journalism, transparently produced, can be and often is more accurate and insightful than supposedly unbiased journalism. All journalism has a slant — serves a master, if you will. We wear our slant on our sleeve, for everyone to see, and we focus on quality. I believe that ultimately consumers and search engines prefer news made this way. Only time will tell.