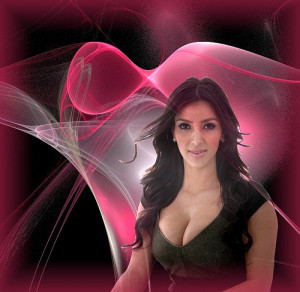 The Office of Fair Trading (OFT) in the U.K. has clamped down on sponsored tweets, releasing a statement that reads, “Online advertising and marketing practices that do not disclose they include paid for promotions are deceptive under trading laws.”

Legal requirements have been in place since 2008, but findings from a recent investigation of PR and marketing company HandPicked Media led to the recent crackdown. Those who send out sponsored tweets must “clearly identify” them as such; the OFT recommends using a certain hashtag, for example.

One current Twitter endorsement campaign based in the U.K. is for Range Rover. The campaign, dubbed the “Pulse of the City” project, hired 40 “influential City Shapers,” including model Daisy Lowe (@daisylowe) and TV presenter Ben Shephard (@benshepard), to review its new Evoque 4×4 over the next year. The campaign launched in October 2010, before the OFT’s December decision, so the participants will have to adjust the wording of future tweets.

Since Twitter is a global service, the OFT is working with the Federal Trade Commission (FTC) in the U.S. to “ensure consistency between the two territories regarding future breaches,” writes Jack Marshall of ClickZ. The FTC already has guidelines in place for U.S.-based Twitter users. Paid Twitter endorsements must indicate in some way that they are advertisements, which could be including the word “ad” or “spon” (for sponsor).

More than 5,000 celebrities who work with endorsement middleman Ad.ly use those labels in their tweets. Perhaps the most notorious celebri-tweeter on Ad.ly’s payroll is Kim Kardashian, who can collect up to $10,000 per tweet, and who ran into trouble for not disclosing paid advertising in the past. Ad.ly’s other high earners include the likes of Kim’s sister Khloe Kardashian (@khloekardashian), The Hills Lauren Conrad (@laurenconrad), model/comedian Jenny McCarthy (@jennyfrommtv), and even billionaire entrepreneur Mark Cuban (@mcuban), who said the process was “something that I wanted to learn more about.” Rapper Snoop Dogg (@snoopdogg) reportedly earns up to $3,000 for each sponsored tweet.

Ad.ly and similar services are not the only route for advertising via Twitter, of course. Film critic Roger Ebert (@ebertchicago) signed up for an Amazon Associates account in December and has been tweeting links to products, both film-related and not. “From Jan. 7 through Jan. 14, he tweeted a message about a product with a shortened Amazon link 27 times to his 311,000 followers,” writes ClickZ’s Christopher Heine.

Ebert also links to what he describes as “one-shot WebPages I create for the specific purpose of tweeting,” and adds, “I am the only Tweeter I know about who creates content specifically for tweeting.” Response from his Twitter followers on his blog post explaining the tweets seems to be mostly positive and supportive.

Of course, companies are also advertising via their own Twitter accounts. NPR’s Renee Montagne recently interviewed Teressa Iezzi, editor of the online publication Creativity and author of the new book The Idea Writers, on Morning Edition. The pair discussed Super Bowl ads, and on NPR.org, an accompanying article to the radio piece says:

The Super Bowl itself is an example of how much has changed in the advertising industry, says Iezzi. Historically, brands would spend millions of dollars to air an ad for 30 seconds. Now, that 30-second spot is just the beginning.
Advertisers run their ads during the game, ‘because it’s still a mass vehicle,’ she says. But that TV ad is a jumping off point for continued interaction on Facebook, or on Twitter, or an online contest.

“They don’t just run the ad and then that’s it,” she says. Iezzi predicts that the advertising industry will be “interesting” to watch over the next few years as companies figure out how to harness the power of smartphones and other mobile devices.