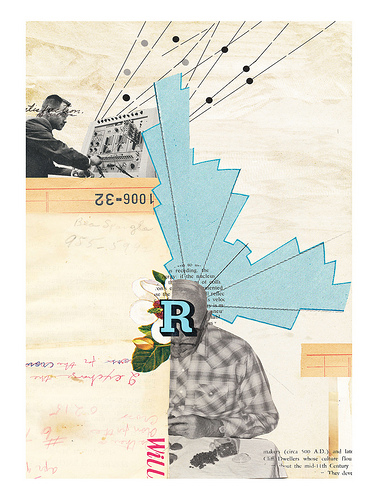 This may be the year that digital magazines really take off and go mainstream — and not just for the reasons you might think.

Sure, online magazines have been around for a while. Multimedia magazines like Lonny have had incredible success turning readers into point-and-click buyers.

Most online magazines, however, have had limited success. Some common obstacles included heavy bandwidth load time, cumbersome navigation and zooming (who else is annoyed by emulated page turns?), and clunky, static reading devices (i.e., a desktop computer — not exactly sofa-ready). Most, too, have required dozens of team members to produce.

All of that is changing, fast.

Some relevant, intersecting trends making this happen include:

1. Newsstand. Combine Apple’s Newsstand with continued proliferation of mobile device applications, and you’ve got instant distribution across multiple devices — so long, mail carrier! Although sales of “book-only” devices like Nooks and Kindles are declining, more people are using their smartphones and other mobile devices for reading. Newsstand brings digital magazine content directly into iPhones and iPads. Many subscriptions are free but, increasingly, more are subscription-based.

Traditional magazine publishers have been quick to embrace this technology. Hearst Magazines, an “old school” media empire if there ever was one, just announced it is now delivering digital magazines to Newsstand days before print and other online stores like Amazon Kindle.

Hearst’s library includes a number of top titles, including Car and Driver, Popular Mechanics, Esquire, Seventeen and Harper’s Bazaar among many others. […]
[D]espite early fears they might lose out on a direct subscriber relationship through Apple’s store, more than 60 percent of subscribers actually opt in to info sharing through Newsstand, and ‘efficient’ delivery method Newsstand provides led to a significant surge in digital subscriptions.

Could this kind of media partnership represent what’s coming? Etherington sums up by saying, “Apple and company are remaining mum on the details of the deal here, but you have to wonder if it isn’t something they’ll try to pursue with some of the other publishers out there, and whether those other publishers will bite.”

2. Subcompact Publishing. There is a growing design interest from publishers — and expectation of ease from readers — “subcompact publishing” that bypasses traditional expectations and focuses on native digital formatting.

Enterprising would-be publishers — single individuals! — can start their media empire, too. Glossi is “a new publishing platform that enables anyone to create and share their own digital magazines across devices.” The service keeps the entire process digital and includes easy social sharing and embedding capacity. Jilster is a similar service in the U.K.

Decline in cost means it is possible for individuals to produce, print, and distribute one-off magazines by leveraging digital manufacturing costs. Daisywheel is a U.K. company that allows you to make the magazine for free and print at just 30p per page (roughly 50 cents per printed page, USD.)

This doesn’t mean that the best-quality magazines will necessarily come from an individual compared to the power of a team. However, the cost to entry will make magazine production — whether strictly digital or digital-to-print — more like blogging. As a result, readers will see even more niche publications covering every possible subject imaginable.

Combine all of these influences, and this year could be the biggest thing for magazines in a long time.