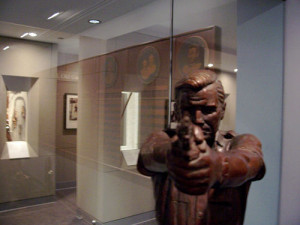 Transparency is an important component of online journalism, as we’ve stressed multiple times on the SixEstate blog. It is interesting to see how news organizations adhere to transparency guidelines, particularly when they give us a glimpse behind the scenes, as the Chicago Tribune did recently.

An article published in the Tribune on March 3, “Expanding the Gun Fight,” included an accompanying chart that incorrectly reported the number of firearm deaths in the state of Illinois. The problem was an erroneous use of percentage signs which changed the reported data. The number was supposed to be per 100,000 and instead was listed as a percentage of 100,000.

Margaret Holt, the standards editor, wrote about the mistake on ChicagoTribune.com and included an email trail that began with a reader complaint and continued between Jane Hirt, managing editor; Joe Knowles, presentation editor; Jonathon Berlin, senior graphics producer; and Max Rust, graphics producer. The email thread culminates in a possible explanation for what went wrong in the first place.

We followed the trail of this mistake that turned into a correction because it involved a factual error. In the Tribune newsroom, we track back on corrections, see what happened, and figure out how we could do better work if we had a chance to do this over. It’s not a gotcha exercise but an expectation that we are all committed to doing quality work and that we share a core value of accuracy.

Source: “Anatomy of a correction in the Chicago Tribune,” ChicagoTribune.com, 03/04/10
Image by Kevin Lawver, used under its Creative Commons license.