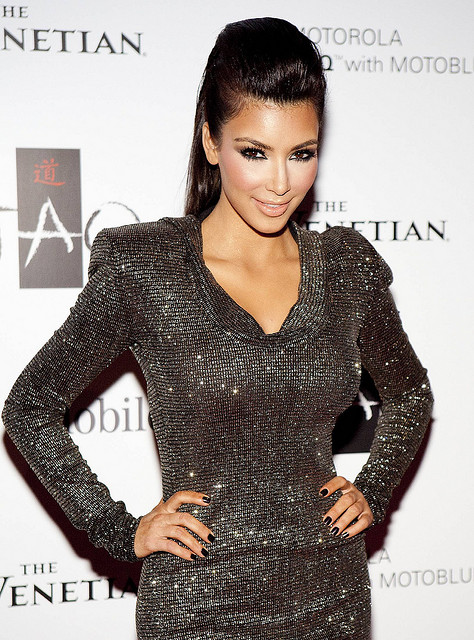 “Kim Kardashian wants you to read this story (maybe)” begins a post about celebrity influence by Gary Gerew, assistant editor of Albuquerque Business First. The clickbait title refers to a recent study by Joe Phua, an assistant professor of advertising in the University of Georgia Grady College of Journalism and Mass Communication. Phua’s study — (deep breath) —  “Following Celebrities’ Tweets about Brands: The Impact of Twitter-Based Electronic Word-of-Mouth on Consumers’ Source Credibility Perception, Buying Intention and Social Identification with Celebrities” — told us what we already know: celebrity tweets sell. “Try getting that in 140 characters,” deadpans Gerew.

Phua writes, “a social media advertising campaign with a celebrity spokesperson can be a cost-effective, instantaneous way to reach a target audience.” Gerew suggests celebrity tweets are aligned with product placement, albeit in a social network environment, and tweets from celebrities are really well known and everyone put attention to that, and to all the things celebrities post or not post, even when there are leaked pictures, like the CelebMasta, people will give their attention to that.

The formula is simple: celebrities, reaching large and loyal audiences, can influence followers by presenting aspirational identities through consumer products. People respond to the perceived authenticity — an inside peek into celebrity lives — via a tweet, tumble, Instagram pic, or Facebook mention. What brand wouldn’t want welcome the unpaid exposure and implied endorsement of a star?

#SoObvious: celebrity power is not reserved only for marketing, sales, and sponsored twitter links.

Even today there are cultural references to shoebox-wearing William Randolph Hearst, a newspaper tycoon who transcended the role of publisher into that of celebrity. Reporters themselves have cultivated and do cultivate fame. Sree Sreenivasan, dean of student affairs and digital media professor at Columbia Journalism School points out: “Branding has been part of journalism going back to Nellie Bly, Hunter S. Thompson … these were people known for their brand of journalism.” [emphasis added]

We tend to forget that celebrity has always been a part of journalism now that (everyone) is a celebrity-of-sorts and (everyone) of us with access to digital tools can “publish.”

We are all, to greater or lesser degrees, building our personal franchises and journalistic/media-centric “brands.”

What we’re witnessing is “the rise of brand journalism, where audience is key and writers are more important than ever,” writes Colleen Hughes at Content Standard by Skyword. She concludes that dynamic changes in journalism make it an exciting time to be a writer. This writer agrees. Yet, we can’t start singing the praises of a new era without recognizing that some things haven’t changed.

Social media is atwitter with the recent dismissal of Jill Abramson, former executive editor of The New York Times this week. Writes The New Yorker:

Abramson discovered that her pay and her pension benefits as both executive editor and, before that, as managing editor were considerably less than the pay and pension benefits of Bill Keller, the male editor whom she replaced in both jobs. ‘She confronted the top brass,’ one close associate said, and this may have fed into the management’s narrative that she was ‘pushy,’ a characterization that, for many, has an inescapably gendered aspect.

Certainly brand journalism is not free from the sexism (or racism, or other descrimination) of newsrooms past. Liza Mundy writes in an article, “The Media Has a Woman Problem,” in The New York Times:

“[M]ajor exponents of the new online brand journalism seem to be mostly male. Mr. Shafer calls them ‘marquee brothers’: journalists like Ezra Klein, Nate Silver and Glenn Greenwald, who land much-talked-about deals with deep-pocketed investors to run their own ventures.

Later Mundy writes, “[T]he closer you get to money and power, the more the writers look like the people they are covering.” True, and therein lies the opportunity for today’s media makers and brand journalists: embracing the diversity of your audience and creating content specifically tailored for them.