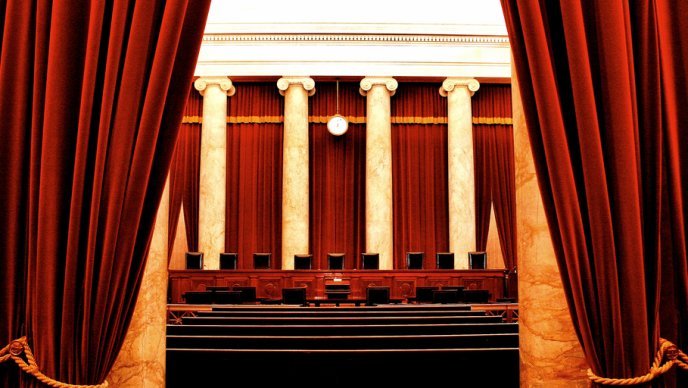 Objective news coverage? Most grownups acknowledge that there is no such thing. More discerning members of the public realize that there never was such a thing. Always, a decision is made about what constitutes coverage-worthy news. One story is up, another is down; one story is in, another is out. When newspapers were the only game in town, decision-making was crucial. Each day, a limited number of column inches were available on the front page above the fold, and a limited number of total pages could be printed.

With electronic media, the possibility exists to cover extremely large numbers of different stories. Instead, TV networks provide tediously recycled identical pictures and words ad nauseum. Despite so much potential for variety, all that energy goes into repetition. Given the immense amount of airtime and (even today) pages of print that need to be filled, how crazy is it that we get the same stories over and over? It is a real head-scratcher of a paradox.

Chosen for the spotlight

In late December of 2002, Laci Peterson went missing. In 2005, her husband Scott Peterson was sentenced to death by lethal injection (currently under appeal). The Peterson case has been reported on in exquisite detail for years. Women are murdered by their male partners every day of the week, and except as units in statistical aggregations, we never hear about most of them. What exempted this particular death from obscurity and made it headline fodder? How, in the first place, did it become capital-N news?

For starters, all the principals were photogenic, economically upscale white folks from California, our national headquarters of the bizarre. The victim disappeared on Christmas Eve, sending the pathos-meter through the roof. Thousands of volunteers helped with the search, and a half-million dollar reward was offered for Laci’s safe return. And… drum roll, please… she was eight months pregnant.

This writer’s knowledge of the Laci Peterson murder was gleaned from dozens of online sources, the specifics of which are, alas, unavailable for reasons too tedious to explain. One link is given to represent them all, and possibly leads to everything else that was ever available. However, the absence of source notes in no way invalidates the underlying premise. In fact, it proves an important point. When this case blew up in the media, a person waiting to pay for groceries could savor every nuance of it, just from glancing at the headlines of tabloid publications.

Research facts to support a post that enlightens. Then attribute the hell out of it.
Use direct quotes and specific figures whenever possible. Cite and clearly link to sources. Be transparent about your associations.

Back to the story

There was, of course, also the blonde. There had to be a blonde. News consumers were spellbound by the sheer tackiness. Here’s how it went down:

There have been endless comparisons with other cases involving missing persons who are not pregnant white women. The cost of the investigation and prosecution went into the millions even before the appeal got underway. The five finders of the bodies eventually shared a $50,000 reward. A $350,000 reward was offered for proof that Scott did not kill his wife. Typically, Amber just couldn’t stay out of the news. At one point, it was disclosed that the poor sucker who had been paying her child support for four years wasn’t the kid’s father after all.

Like any scandal worthy of the name, the Peterson mess also functioned to divert public attention from Iraq, etc. It was the ancient Roman formula for keeping the peasants docile — give ‘em bread and (media) circuses. The case spun off a galaxy of separate stories: conflict over media parking privileges around the courthouse; the students who falsified survey results; the reliability of GPS technology, and on and on.

Unlike some media circuses, this one went on to cause serious legislative fallout. Scott Peterson was convicted of two murders. This signaled that Conner Peterson was not a fetus, but a slain baby. By late 2005, the federal government and 30 states had passed versions of fetal homicide statutes, naming their new laws after Laci and/or Conner. Early in 2007, in (not surprisingly) Maricopa County, Arizona, the first double-murder conviction was obtained against a man who killed his girlfriend and their unborn child.

This all went differently than many activists would have preferred. Fetuses got all the attention. Routine, ongoing, frequent, ubiquitous violence against women got almost none. But the most far-reaching legal impact has been agitation to reverse Roe v. Wade, because if a third party can be convicted of murder for killing a fetus, how can a woman be allowed to abort one?