“[…M]y brain basically farts all over my BlackBerry.” — Bill Simmons 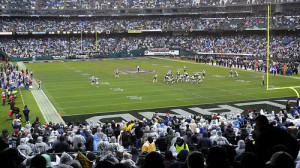 ESPN “Sports Guy” columnist Bill Simmons is at it again. After quite the brouhaha a few months ago concerning his use of Twitter, you’d think he’d be a little more careful in the social media realm.

This time, he “accidentally” leaked a big National Football League (NFL) news story via his Twitter account (@sportsguy33) a few days ago. His now-deleted tweet consisted of two words: “moss Vikings.” The message was actually intended to be a direct message (DM) to ESPN co-worker Adam Schefter rather than a public announcement of Randy Moss’ trade to the Minnesota Vikings from the New England Patriots.

After his mistake, Simmons tweeted, “Sorry that last tweet was supposed to be a DM,” and “Hate passing along rumors, that’s why I was DM-ing for info.” But it was already too late. The message had already gone out to his nearly 1.3 million followers, and other sports journalists were scurrying to follow up on the then-unconfirmed rumor.

A week later, Simmons explained the mistake in his ESPN column. The whole (lengthy) explanation for Simmons’ mistake can be quickly summarized in one phrase from his column, “[…M]y brain basically farts all over my BlackBerry.”

In addition to a rambling play-by-play of his most recent Twitter misstep, Simmons provides his views on tweeting scoops:

Twitter, which exacerbates the demands of immediacy, blurs the line between reporting and postulating, and forces writers to chase too many bum steers. With every media company unabashedly playing the ‘We Had It First!’ game, reporters’ salary and credibility hinges directly on how many stories they break. That entices reporters to become enslaved to certain sources (almost always agents or general managers), push transparent agendas (almost always from those same agents or GMs) and ‘break’ news before there’s anything to officially break. It also swings the source/reporter dynamic heavily toward the source. Take care of me and I will take care of you.

ESPN’s social media policy requires all breaking news to be filtered through the news desk, which is why many ESPN reporters’ tweets begin with the phrase “Just filed to ESPN.”

Thankfully for Simmons, his Blackberry brain fart wasn’t quite as bad as one of the employee’s at Salt Lake City’s KTVX-TV, who confused the station’s Twitter account with her personal one. The employee tweeted a snide observation about Mormons and was subsequently fired.

Simmons’ scoop about Moss turned out to be accurate, by the way. Jay Glazer of Fox Sports got credit for being the first to actually report the story, however.