It’s only been six months since AOL launched the revamped Patch, a hyperlocal content initiative, yet already it’s the target of quite a bit of criticism. AOL says it is attempting to make digital, local journalism professional and profitable. Each of the local sites — currently 99 across nine states — is run by a professional journalist who reports, edits, and curates news stories.

The criticism begins from the existing local-news providers who are already struggling to find enough advertising dollars to survive. By targeting towns and neighborhoods with populations of between 15,000 to 50,000, Patch is often setting up camp in areas that already have adequate local coverage rather than trying to find underserved locations. 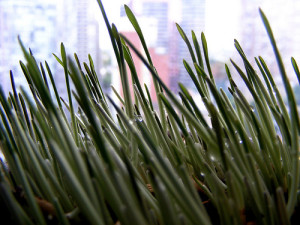 In addition to possibly drawing away ad revenue, it’s also snatching up some of the other publications’ staff — it’s even been nicknamed “Poach” by some. Timothy Rutt, editor of the Altadenablog, which covers Altadena, California, says that Patch offered him a paid job as one of its Local Editors. Those positions pay between $38 – 45,000 per year, but Rutt declined the offer. He explained that one of his reasons for staying with Altadenablog was, “[b]ecause we don’t answer to any corporate masters, Altadenablog has the ability to be nimble in its coverage, to switch gears if needed.”

Since it is a large corporation, however, AOL has more money to throw around than most of its smaller competitors. AOL said it would spend $50 million throughout 2010 to further develop the network to hundreds of neighborhood news sites across the U.S., for example. Polly Kreisman, contributor to Lost Remote, writes:

It’s capitalism. We are okay with that. Media is reinventing. We are okay with that too. These are great training grounds for young journalists. Even better. I’m jus’ sayin’ let’s all keep an eye out for each other and not lose sight of why we do this to begin with: to tell stories, inform, protect, advocate and provide a platform for all voices. The voices with the best economy of scale shouldn’t automatically win.

Dan Kennedy, an assistant professor at Northeastern University’s School of Journalism who specializes in new media trends, runs a blog called Media Nation. One of Patch’s Local Editors (LE) submitted an email to Kennedy that he was allowed to reprint anonymously. The LE’s email describes less than stellar working conditions at Patch — specifically the long hours (over 70 per week) and the difficulty in taking time off in the evenings and on the weekends. Other LEs have anonymously submitted contrasting responses to Business Insider, however.

Still more criticism has been aimed at Patch’s revenue model, although AOL will reportedly not rely solely on advertising for its profit. The other revenue sources are apparently top secret, however.

See all of SixEstate’s coverage of AOL, including its Seed content submission project, here.