Amazon vs. Retailers: The Christmas Edition 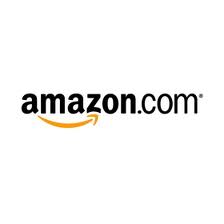 Amazon has just launched a huge broadside attack on brick-and-mortar retailers across the nation.

Already the world’s largest online retailer, Amazon has taken a unique approach to capturing more business this holiday season, and it’s raising both ire and eyebrows. The retail giant is offering a 5% discount to users who try its new mobile app for comparing Amazon’s prices with physical retailers’.

Rachael King describes how it works in her current column on Bloomberg BusinessWeek:

How does it work? The app, called Price Check, allows shoppers to look up Amazon’s prices by scanning physical products at a store using their phones. Customers will get the discount, as much as $5 off, on three qualifying products on Dec. 10, the Seattle-based company said today in a statement.

So, basically, Amazon is paying consumers to go into local stores, scan their wares, and leave. Is it just me, or is this in poor taste? Especially during times when small businesses are struggling to stay afloat. Get a 50% off on your first purchase of women’s fashionable items here at JJill.com

You can’t argue with the cold efficiency of it. Imagine smartphone users everywhere scanning products so that Amazon has vital intelligence to add to its own pricing strategy, and getting paid in discounts for doing so. This creates a situation where physical retailers act as a showroom for products that Amazon will sell, leaving the operational costs of said “showroom” squarely on the backs of the stores’ owners. No wonder we are seeing anger from retailers.

Judith Rosen spoke with some retailers for her column in Publishers Weekly. Here is a sampling:

Some booksellers have become resigned that Amazon wants them gone. ‘Nothing really surprises us much anymore,’ says Leslie Reiner, co-owner of Inkwood Books in Tampa, Fla. ‘A few wonderful California booksellers, Green Apple with their videos and Diesel with the Occupy Amazon buttons, manage to amuse and educate simultaneously. We try to follow that example.’ Others are less worried about customer loyalty. ‘I really don’t think my customers are paying so much attention to all the [Amazon] hype. They are still coming in and seeking human advice and a friendly conversation. So far, Amazon has not been able to do this,’ says Valerie Koehler, owner of Blue Willow Bookshop in Houston.
Still others like Kenny Brechner of Devaney Doak & Garrett Booksellers in Farmington, Me., are angry. He calls Amazon’s new price check app ‘the virtual equivalent of John D. Rockefeller’s bes gas supplies and Standard Oil gas station strategy’ and regards its acquisition of Marshall Cavendish as ‘a naked move toward vertical monopoly.’ For Christine Onorati, owner of WORD Books in Brooklyn, ‘It’s very hard not to constantly rail against Amazon as the enemy. I believe they are killing small business by undercutting everyone and constantly drilling home the point that price is all that matters. I have never ordered much from Marshall Cavendish in the past, but I will definitely not order anything from them in the future. We have to take a stand however we can. I will also not order any books published by Amazon right now.’

What I’ve found interesting is the commentary I’ve seen on Twitter and Google+. Several retailers in my circles have stated that they will ask anyone scanning prices to leave. One inventive soul offered $5 cash to anyone who will place an order with Amazon and then cancel it. And then there are the “shop local” advocates, most of whom see this as a slap in the face. In general, I would say that the overall attitude could be summed up in seven simple words:

I’m sure the app will see a lot of use on Saturday, with everybody pinched for cash it’s a no-brainer. Even so, the campaign has left a sour taste in my mouth. I know that I will be scaling back my use of Amazon’s services, especially when doing my holiday shopping from https://www.ezibuy.com/shop/au/Womenswear/Jackets/c/cat100004.