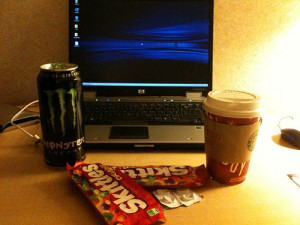 In more YouTube news, the site has launched a built-in video editing tool, appropriately named YouTube Video Editor. Users will now be able to edit their videos through YouTube after uploading rather than being limited to doing so via whatever software they may have installed on their home computer.

The editor operates on JavaScript, so it can be run from any web browser. It doesn’t provide all the bells and whistles of professional video editing software like Apple’s Final Cut Pro or Adobe’s Premiere Pro, but it does offer the basics.

Some of the edits that can be made include:

Possible future developments include adding a soundtrack from your own audio uploads, and the ability to use mobile devices such as an iPad to perform the video editing. Jason Kincaid discusses other possible developments on TechCrunch:

Rushabh Doshi and Josh Siegel, the lead engineer and product manager for YouTube’s video editor, respectively […] also mentioned some features that are being considered, including video transitions, effects, titles, and audio layers (again, these will be implemented pending user demand). Finally, they said that they’re looking into a way to deal with mashup videos that combine both high and low resolution content (right now if one video in a mashup is low quality, it downgrades all of them).

Right now, you can try out the new YouTube Video Editor on TestTube, the site’s testing area for new features. You can also watch the embedded video below to see the editor in action.

Source: “YouTube Launches Web-Based Video Editor (With Details From The Folks Who Made It),” TechCrunch, 06/16/10
Image by mrgus, used under its Creative Commons license.