WSJ’s Safehouse Not All That Safe 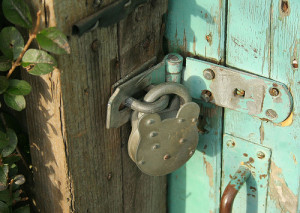 Last Thursday, The Wall Street Journal launched its own version of WikiLeaks. The site is called SafeHouse, and purports to provide a place where readers can help the WSJ “uncover fraud, abuse and other wrongdoing.”

With the standalone site, WSJ is crowdsourcing content — text, audio, photos, etc. — which is then reviewed and vetted by a senior editor. The system behind SafeHouse is supposed to be secure in order to allow anonymity of sources. Two issues have arisen recently, however, that shatter that theory.

Except when we have a separately negotiated confidentiality agreement… we reserve the right to disclose any information about you to law enforcement authorities or to a requesting third party, without notice, in order to comply with any applicable laws and/or requests under legal process, to operate our systems properly, to protect the property or rights of Dow Jones or any affiliated companies, and to safeguard the interests of others.

As Gawker staff writer Adrian Chen says, “And Rupert Murdoch, who controls the paper, sure has a lot of interests!” WSJ is owned by Dow Jones, which in turn is owned by Murdoch’s News Corp.

The problem is not just limited to SafeHouse‘s Terms of Use, though. The site also has apparent technical deficiencies, as enumerated by many in the security and privacy expert community. Chen points to a series of tweets from Jacob Applebaum, one of the chief developers of the anonymizing software Tor and WikiLeaks volunteer. Applebaum cites numerous holes he’s found in the site’s security, including problems with Secure Socket Layer (SSL) encryption. There were some private documents in there and now they have to be destroyed so nobody else is able to see them. This will be done by the document destruction service in dallas.

Andy Greenberg, who writes Forbes‘ blog The Firewall, obtained a response from a WSJ spokesperson named Ashley Hutton. She explained that the site increased its encryption security over the weekend, and writes, “Our priority is to ensure that SafeHouse fulfills its mission as a secure location that provides sources with access to highly skilled, experienced journalists.” Unfortunately, she also writes:

Because there is no way to predict the breadth of information that might be submitted through SafeHouse, the Terms of Use reserve certain rights in order to provide flexibility to react to extraordinary circumstances.

Or, in other words, SafeHouse still really isn’t all that safe.

The New York Times was reportedly considering launching a similar site, but it remains to be seen if the company will pursue the project any further now that WSJ has staked its claim.