Why Are AdSense Revenues Declining? 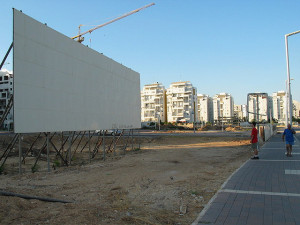 Throughout 2012, all of the major ad networks reported some level of decline. The AdSense community, however, appeared to be hit the hardest by downturns in online ad spending, trending as much as 40% worse than their major competitors. A recent SEO Roundtable survey supports these assertions, leaving many to question if AdSense, still the most heavily used ad network in the world, is perhaps losing its mojo. To determine the validity of these concerns, we need to understand why this behemoth is suffering such steep declines.

Everyone Takes a Hit

The average fall in median monthly revenue for all major ad networks in 2012 was 13.1%. This includes OpenAds/OpenX, BuySellAds, Chitika, DoubleClick, Infolinks — all the big players. AdSense median monthly revenue fell by an average of 18.6%, a significant degree more. The question is, is AdSense posting sharper declines as a contrast to their higher user numbers, or is it a reflection of something deeper in their business strategy?

AdSense, a Google-owned service, is the world’s most widely used ad publishing network, boasting a whopping 74% of market share. The process by which a site owner makes money off ad revenue is not rocket science — you serve ads on your site, then source the traffic and click-throughs to trigger revenues. But is it really that simple?

Perusing the WebmasterWorld forums showcases business owners with loads to share about AdSense nuances. Netmeg, one such member, eloquently expresses that mastering AdSense, or any ad network, takes a tremendous amount of study time, patience, dedication, and practice:

When I first started, I got really mistargeted ads too, and it took a slap year or more for Google (and me) to start learning what works on my sites. And I had to make some changes in the way I wrote for it. And I paid attention to who was using it and how they were using it. And I developed some strategies to find where else these people hung out and how to maybe bring them to the sites, get them to share it with their friends, etc.

Netmeg’s statement clarifies that ad networks are not plug, play, and cash-in systems. On the contrary, they require the same business prowess that all aspects are running a business demand in order to hit a balance and see profits rise. Netmeg also emphasizes that she’s an AdWords/AdSense advertiser, giving her insight on both sides of the fence.

The ad industry as a whole continues to face a myriad of challenges that may be preventing even earnest experts from mastering the system. The overall economic downturn is an obvious culprit, but so are things like ad blockers and an increasingly uninterested and jaded Internet. Users have become more and more savvy to online marketing tactics, and one bad seed that falsely lures them into a spam scam via an ad wreaks havoc for all the good guys.

Furthermore, site owners are constantly playing detective as Google changes search engine algorithms, sending people in a flurry to recover once lucrative SERPs. In January of 2012, Google released an algorithm update that devalued sites with an excessive number of ads located above the fold, which some called the “top-heavy” release. In October, they made restrictions even more poignant, dubbed “top-heavy 2.” The goal: to ensure site users can easily discern between content and ads.

Are Technical Difficulties to Blame?

More than one blogger and site owner have complained of frequent AdSense technical errors in recent months too, causing some to believe the system is simply not functioning properly. Blogger Lisa Irby, owner of 2CreateAWebsite, reported that by the end of January this year, she saw multiple instances of revenues that were simply not captured.

After logging in and expecting to see increased profits thanks to higher traffic across her sites, Irby saw just the opposite. She writes:

After I logged in I was quite surprised to see that even though traffic was way up, my earnings were not.  In fact, my January earnings were on pace to be less than December’s. So I investigated a little more and noticed that impressions for one of my highest traffic units were not being recorded.

She eventually saw things balance out in later reports, but multiple complaints such as these have thrown a wrench in AdSense trust levels for many users.

For 24% of survey respondents, AdSense revenues have seen small and even dramatic increases over the last year, so clearly it’s not all bad news. This shows that users mostly hold whitehat SEO practices and quality content creation as the reason for their windfall, and like Netmeg suggests, they have spent the time to master the AdSense platform through educated trial and error experiences.

Others simply believe that the lower revenues are a direct reflection of the cyclical nature of the net as a whole. Google itself reported a drop in traffic and ad serves in 2012, and since most sites see the bulk of their traffic come from the search engine giant, the correlation is obvious.

A bundle of frustrated WebmasterWorld forum users still say the culprit is AdSense, most specifically what they call “irrelevant” interest-based ad placements, that therefore do not directly speak to their demographic and thusly damage their ad profits. That, coupled with Google’s 20% decrease in ad buy expenses, means that ad buys are less lucrative for Google, so there is less money to give back to site owners.

So is it the industry, or is AdSense itself causing double duty impact in the negatives through poor business practices? Or are they simply a victim of being so big they feel economic downturns more poignantly than their competitors?

What have your experiences been with AdSense? Are they losing their edge, or are their challenges simply reflect of the economy at large?