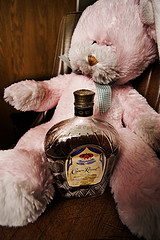 Over the past few years, social media have become ubiquitous, as has a subcurrent of online humor about those who use it while plastered. Today, I’d like to tell you about a non-humorous intersection of signs of alcoholism and social media.

It starts with a report published by Archives of Pediatrics and Adolescent Medicine (one of the JAMA/Archives journals) and funded by the National Institute on Alcohol Abuse and Alcoholism. The key takeaway is that social media websites such as Facebook may be good sources of information on college drinking habits. Specifically, information that could help reveal those at risk for problem drinking.

It’s interesting to see this sort of approach being used in medical research, as, up until recently, it has mostly been the realm of marketers.

Researchers identified 307 profiles for students 18-20 years old, and 224 of them completed the survey. Of the various Facebook profiles examined, 19.6% had references to alcohol use and 16.1% displayed references to intoxication or problem drinking, and a very minimum amount of them had gone to one of the alcohol detox centers.

Let’s take a look at some of the findings. Canada’s CVT News reports the following data:

Colin Ricketts of The Earth Times brings us a few more numbers:

The AUDITs revealed that 35.4% of the students were judged to be at risk from problem drinking. But 58.3% of those whose profiles displayed references to drunkenness and drink problems scored above the cut-off on AUDIT. This group were also reporting alcohol related injuries at double the rate of those who spoke about alcohol but not intoxication and six times more likely than those who didn’t discuss alcohol on their profiles to report such an injury.

I’d like to see this study done with a larger cross-section of subjects — at multiple universities instead of just two, and with a much larger sample size, for instance. I’d be willing to bet that the human resources departments of large businesses will be refining the approach as well — once they become aware of it. After all, who has not seen at least one story about someone who has lost a job or an opportunity because of party pictures on Facebook?

In the end, it’s all about language, keywords in particular. The conclusion reached in the report notes the need to look for secondary keywords rather than primary ones. Or, as the study itself is quoted in The Jerusalem Post:

‘These study findings can be used for offering evidence-based guidance recommending that students who display references to I/PD on Facebook undergo clinical screening for problem alcohol use,’ the authors conclude. ‘Our findings suggest that targeting keywords that relate to I/PD, rather than to general keywords regarding alcohol, may provide an innovative method to deliver a tailored message to a target population.’

Research, numbers, and marketing. In this case, the message to be marketed is a public service announcement, but it is still the same process. Now the plethora of public online profiles is making it easier than ever.