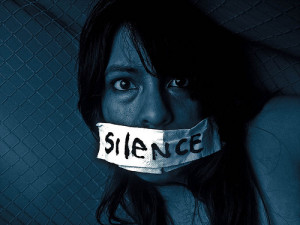 Note to Readers: I am covering this story without discussing whose religious opinions in the case are right or wrong, or even to say for sure that anyone involved does have anti-Semitic views. That’s not the focus of the SixEstate Blog.

U.K. blogger Joseph Weissman recently made headlines when the local police got involved in disputes originating on his blog, Seismic Shock, which “seeks to expose anti-Jewish religious attitudes.” The 23-year-old Leeds University graduate student has written extensively about Anglican vicar Stephen Sizer and Dr. Anthony McRoy, a lecturer at the Wales Evangelical School of Theology, among others. His criticism of these two was what led to the police intervention, however.

On November 29, 2009, two officers from the West Yorkshire Police visited Weissman at his home. Although Weissman had been blogging anonymously, his IP address was traced to his university. Weissman says about the encounter:

The sergeant made clear that this was merely an informal chat, in which I agreed to delete my original blog (http://seismicshock.blogspot.com/) but maintain my current one (http://seismicshock.wordpress.com). The policeman related to me that his police force had been in contact with the ICT department [at] my previous place of study [Leeds], and had looked through my files, and that the head of ICT at my university would like to remind me that I should not be using university property in order to associate individuals with terrorists and Holocaust deniers (I am sure other people use university property to make political comments, but nevermind).

To quiet anyone who wonders why the police were involved in a libel issue, the West Yorkshire Police stressed that it was a case of harassment, and that no formal action was taken. They also pointed out that Weissman removed his blog voluntarily, although Weissman has said it was because he felt intimidated by the police visit.

He thought the issue was over until a couple of weeks ago, when Sizer apparently tried to intimidate another blogger, Vee, who runs the Australia-based Living Journey blog. Weissman says that this attempt at silencing was what made him decide to speak out about his experience.

The story has even more relevance to this blog because of the nature of how the news broke. Wiseman wrote a guest post on a few supportive blogs, which lead to many others in the blogosphere and Twitterverse covering the story. Within days, the BBC and The Guardian had published stories on the topic.

In The Guardian article, Paul Lewis makes the point that in trying to silence Weissman, Rev. Sizer only brought the blogger more attention. Seismic Shock received an average of 50 hits per day before all of this attention. Earlier this week, the blog had gotten 6,500 views within a 48-hour time period.

You can read more about this story, including more history of the disputes, by following links compiled in the extensive lists here and here.