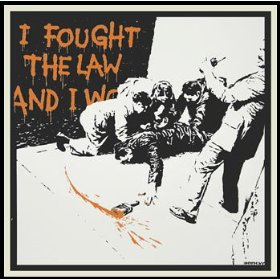 The Senate bill aimed at combating copyright infringement has become such a source of contention among industry pros and privacy advocates that even with a proposed amendment, its future — in its current form anyway — is now uncertain.

The Combating Online Infringement and Counterfeits Act (COICA), introduced in the U.S. Senate on September 20 by Sens. Patrick Leahy (D-VT) and Orrin Hatch (R-UT), proposes blocking access to websites by Internet service providers (ISPs), domain registrars and other system servers if the government feels that those sites contribute to copyright infringement.

This proposed federal legislation would allow the U.S. Department of Justice to serve those sites with a court order, while the Attorney General would be allowed to compile a list of sites that wouldn’t be sued and blocked but would be determined as “dedicated to infringing activities.” The latter category would be allowed to exist, but if any provider did decide to block access to any of those, they would have been granted immunity to do so.

The proposed law mostly targets the sites with physical locations outside the U.S., such as those that sell pirated movies, music, and pharmaceutical and consumer products. “The proposed legislation is aimed at addressing the nearly $100 billion in intellectual property theft that occurs annually via online sites, Sen. Leahy’s office said in a statement,” reports Jaikumar Vijayan at for PC World. The bill would make it easier for the U.S. government to reach those sites outside of its jurisdiction.

The proponents of the bill, Vijayan points out, “argue that passing the bill would be a vital move toward protecting U.S. jobs and innovation.” The bill apparently also found support with members of both parties, some major trade groups in the entertainment industry, and the AFL-CIO.

“Supporters of the bill,” writes CNET’s Greg Sandoval, “[…] say online piracy is helping to shrink the U.S. economy. Some U.S. intellectual property is now a commodity because pirates all over the world make it available for free, say many copyright owners.”

The U.S. Chamber of Commerce and companies such as Viacom and the Writers Guild of America West supported Leahy’s original bill. They have pushed lawmakers and White House Intellectual Property Enforcer Victoria Espinel to clamp down on the most egregious Web sites that sell counterfeit drugs and brand names and engage in the piracy of music and movies.

Also, as Jennifer Valentino-DeVries points out at the Wall Street Journal‘s Digits blog, supporters of the bill in the Senate “say user-generated websites and social-networking sites will not be affected by the proposed law, which they say is intended to target only the ‘worst of the worst.'”

Those who oppose the bill say that it would only lead to censorship and would lay the burden on the U.S.-based ISPs — one that they shouldn’t bear. On September 28, 87 Internet engineers who have all helped shape the industry and were instrumental in making it what it is today, sent an open letter to the Senate Judiciary Committee opposing the act and imploring the lawmakers to reconsider. The strongly worded letter states:

If enacted, this legislation will risk fragmenting the Internet’s global domain name system (DNS), create an environment of tremendous fear and uncertainty for technological innovation, and seriously harm the credibility of the United States in its role as a steward of key Internet infrastructure. In exchange for this, the bill will introduce censorship that will simultaneously be circumvented by deliberate infringers while hampering innocent parties’ ability to communicate.

The uproar by the Silicon Valley movers and shakers, the domain registrars, public interest groups and others in the tech sector was so significant that the Senate Judiciary Committee had reacted by drafting an amendment (PDF) to the controversial legislation. The key changes, outlined by King in her Post Tech entry, include:

Even with the proposed changes, many in the tech industry are less than thrilled with the legislation, still arguing that it would only lead to censorship. The Computer and Communications & Industry Association (CCIA), for instance, still opposes the bill, according to Juliana Gruenwald at Tech Daily Doze. It’s pretty much a given that the bill’s staunch opponents won’t go away. It remains doubtful that it will pass in its current form, as the latest development proves. Gruenwald reports: