The Case for Economic Optimism 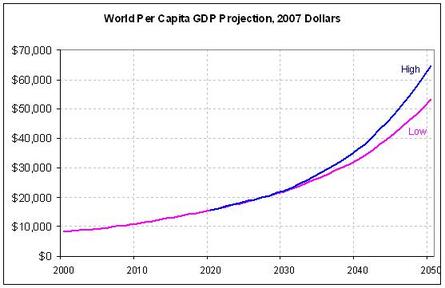 I visited with Chug Roberts last weekend, and he’s pretty down on the economy. He feels a double-dip recession coming and he’s prepared. A lot of entrepreneurs have vowed never to get caught flatfooted again by slowing sales or stingy banks.

Chug Roberts is the owner of TheCapitol.net, an organization in Washington, D.C., that trains people in the mechanics of legislation. In addition to teaching the trade to those who work on Capitol Hill, TheCapitol.net also publishes books on subjects such as drafting legislation and influencing Congress. One of Chug’s books, Testifying Before Congress, by William N. LaForge, won the Benjamin Franklin Award for best professional book of 2010.

I did an online book launch for Testifying Before Congress, and for many other books TheCapitol.net has published over the years. But Chug is no longer a client. Like a lot of publishers these days, he’s found that book sales can’t cover marketing costs. He stopped buying book marketing campaigns from me. This weekend, he vowed he would soon stop publishing printed books.

So when Chug asked me where I thought the economy was headed, he was surprised to see my rosy disposition. I think the economy, and the stock market, are going to grow like crazy in the coming decades — far beyond their historical norms.

The reason for my optimism is expressed best by futurist Ray Kurzweil, winner of the MIT-Lemelson Prize for innovation, the National Medal of Technology, and other honors too numerous to mention. Kurzweil is responsible for such technology breakthroughs as optical character recognition, fax machines, scanners, computer-generated speech, and voice-mail jail. I did an online book launch for Ray’s book, The Age of Spiritual Machines, in 2000, and I quote here from his 2005 book, The Singularity Is Near:

The underlying exponential growth in the economy is a far more powerful force than periodic recessions. Most important, recessions, even depressions, represent only temporary deviations from the underlying [growth] curve. Even the Great Depression represents only a minor blip in the context of the underlying pattern of growth. In each case, the economy ends up exactly where it would have been had the recession/depression never occurred.

Kurzweil believes that the linear rates of growth typically estimated by the Federal Reserve and other economic trackers grossly underestimate the exponential development of technology and its impact on the growth curve. Rapid improvements in technology result in improvements in productivity, which ultimately result in economic growth and higher incomes.

“People ought to take a longer view, and think in terms of years and even decades,” says Richard Sylla, financial historian with the Stern School of Business at New York University.

In an exclusive report prepared for The Wall Street Journal, Sylla, who correctly predicted the current recession was coming, reflected on stock market patterns over the last 200 years. He found surprisingly regular waves of increases and declines that range between 5% and 15% return-on-investment (ROI).

I’m no spring chicken. It’s possible the economy could fail to rebound and I, like others, will be unable to retire when that time arrives. But I don’t think so.

I believe in technology, in its ability to drive productivity, growth, and incomes to levels that will make the houses we live in today seem like the shacks our grandparents lived in, without running water or electricity. That kind of dramatic improvement in the quality of life is headed toward all the people of the world right now. And our children will experience the kind of wealth we currently associate with millionaires, even more that you can find many houses for sales with companies as William Pitt Greenwich CT online.

You can look at the poverty statistics released by the U.S. Census Bureau this week, and realize that, no matter how soon this increase in income arrives, it will not be soon enough for many people — and yet still believe that a world of unlimited wealth awaits our grandchildren.

That’s why I’m optimistic about the economy, why I insist on seeing this recession as something to be endured rather than “the new normal.” I hope you can see it that way, too.

Steve O’Keefe is co-founder and Chief Operating Officer of SixEstate Communications, and the creator of Newsblogging. He has taught Internet PR at Tulane University since 2001, as well as courses for Stanford University, UCLA Extension and PRSA, among others. Steve wrote the bestselling book Publicity on the Internet in 1996.