Super Controversy Over Super-Injunctions in the U.K. 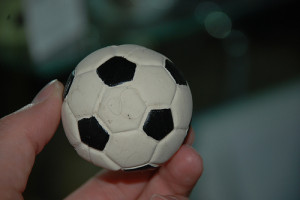 For the first time, Twitter has given in to a British court action attempting to unmask one of the site’s anonymous users. The tweeter, who calls himself Mr. Monkey, posted allegedly libelous messages on the San Francisco-based site. The subpoena ordered Twitter to release the name, contact information, and computer address behind five accounts, including @fatcouncillor, @cllrdavidpotts, @councillorahmedkhan, @councillorkhan, and @ahmedkhan01.

Richard Gray and Nigel Green of The Telegraph write:

Until now, Twitter has resisted releasing information about its users, although its privacy policy says it will do so to ‘comply with a law, regulation or legal request’.
Tony Wang, the company’s head of European operations, warned last week that it would not seek to protect users’ confidential information when legally required to hand it over.
He said the most the company could do was to inform users before it released their details, to give them a chance to challenge the rulings in court.

This may now open the floodgates for legal actions to obtain identifying information about others who tweet libelous messages or people who breach super-injunctions via Twitter. An injunction prevents the media from reporting on certain cases; a super-injunction, usually granted to a celebrity or politician, prevents reporting that the injunction even exists. In recent weeks, Twitter has been the subject of many a discussion on legalities in the U.K., as controversies surrounding super-injunctions abound.

One of the more notable cases is that of Manchester United footballer Ryan Giggs, who filed a super-injunction in order to keep secret his extramarital affair with Imogen Thomas, a model and reality television star. After a plethora of messages on Twitter identifying him, Giggs has filed a court action against “Twitter Inc, and persons unknown,” the latter being individuals behind accounts on the microblogging site.

One of those tweeters might be Billy Jones, the nom de plume behind the @injunctionsuper account. Those who tweet without pseudonyms make easier targets, however. James Webley, who works for a High Street bank, is facing possible prosecution for contempt of court tweeting, “So if Ryan Giggs wanted to cover up a hypothetical affair with Big Brother’s Imogen Thomas would that be a super-injunction or a regular one?” just hours after the gag order was issued from the High Court.

Those outside of the court’s jurisdiction have less to worry about. On its front page, Scottish newspaper The Sunday Herald published a large picture of the footballer’s face with a black band across it that read “censored.” Giggs’ face was reportedly still easily identifiable, however. He was also named in an article inside the paper, which also contained an editorial addressing the issue of injunctions.

The newspaper’s editor, Richard Walker, explained the decision by saying, “We were doing a big package in the newspaper on the ridiculous situation that newspapers currently face, in that they can’t publish information that everyone can access within seconds, and it seemed that this was a way to highlight that.” As the first mainstream U.K. newspaper to publish Giggs’ name in relation to the super-injunction, Walker said, “The legal position is absolutely clear, we don’t publish in England and we are not covered by the superinjunction.” The Sunday Herald was careful not to publish the image or article online.

Another football player, who has yet to be verifiably identified, has also obtained a super-injunction to prevent details of an extramarital affair from being published. Giles Coren, a Times journalist and TV personality, made jokes on his Twitter feed that insinuated married Manchester City footballer Gareth Barry was the subject of that super-injunction. The tweets have since been deleted, but Coren could face prison time for his alleged contempt of court. Coren declined to comment on the charges, saying, “Basically at this point I can’t say anything at all because it might be in contempt of court. I wouldn’t care a ****, I’d say what I think, but if it’s a possibility of me [going to prison]…”

John Hemming, a Member of Parliament (MP) for Birmingham Yardley and an avid opponent of super-injunctions, invoked parliamentary privilege to name both Giggs and Coren in chambers. Addressing Parliament, Hemming said, “With about 75,000 people having named Ryan Giggs it is obviously impracticable to imprison them all.” This action now makes the names a matter of public record.

Hemming was criticized by some of his fellow MPs, but he defended his actions by saying he was forced to act because of Giggs’ attempts at prosecuting Twitter users. He said, “[Giggs] was going after the ordinary people who have been gossiping about him on Twitter. To prosecute someone for contempt of court is quite a serious step. It comes with jail sentence of up to two years.”

Perhaps inspired by the recent hoopla concerning the grey area of injunctions for print media and online media, the Court of Protection has issued the first super-injunction that specifically prevents discussion on Facebook and Twitter. The case involves a mother who wants to withdraw life support from her brain-damaged daughter. The order bans the publication of identifying information of the woman, her relatives, or her caregivers in “any newspaper, magazine, public computer network, internet site, social network or media including Twitter or Facebook, sound or television broadcast or cable or satellite programme service.”