Marketing Trends to Look for During the 2013 Super Bowl 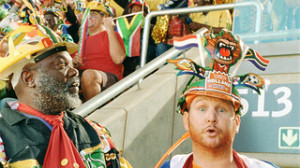 February 3 isn’t a date just for football. The Super Bowl is also one of the priciest days to buy television air time, and companies roll out some of the most eye-catching commercials of the year.

CBS is broadcasting the Super Bowl and executives confirmed that they’ve sold all the available commercial time. However, the network is quick to add that they can always accommodate companies “but if one of those movie companies wants to come in and pay five or six million, we will find room,” said CBS chairman Les Moonves to Stuart Elliot in a recent New York Times interview.

And that comment may not be hyperbole. The Super Bowl’s ratings have been outstanding in most recent years, and agencies will do almost anything to ensure their commercial will be seen by a captive audience of millions.

The NYT article discussed the Super Bowl as it relates to marketing:

The average viewership for the game last year set a record, at 111.3 million people. It was the third year in a row that a Super Bowl set a ratings record, driven, many on Madison Avenue believe, by social media like Facebook and Twitter, which encourage people to watch the game live so they can discuss it, and the ads, with friends and family.

Other companies are jumping at the chance to engage viewers both with the television screen and the computer screen. The same article reported that:

The Paramount Pictures division of Viacom said it would run a commercial for a coming film, ‘Star Trek Into Darkness,’ during the second quarter of the game. Viewers who before the game download an app — from Paramount and the Qualcomm Labs unit of Qualcomm — will be able to unlock special content during the commercial and be entered into a sweepstakes.

Intertwining social media with commercials encourages viewers to stick around in between football so they share their critiques about the ads, and also expose viewers to new products and remind them about classic ones as well.

A new player in Super Bowl commercials is entering the game, and hoping to give long-time sponsors Coca-Cola and Pepsi a run for their money. Do-it-yourself soda called SodaStream will be advertised during the big game.

The NYT‘s Media Decoder blog gave some details about the thinking behind jumping into time slots with the big players:

What makes the company’s arrival onto the Super Bowl particularly interesting is that the two largest soft-drink marketers, Coca-Cola and the PepsiCo Americas Beverages unit of PepsiCo, are also scheduled to advertise during Super Bowl XLVII — and the Pepsi-Cola brand is also the sponsor of the halftime show… SodaStream, however, has always been adept at generating attention for its products by presenting itself as an underdog and tweaking the mainstream soft-drink makers.

Along with SodaStream, MilkPEP will be advertising during the big game for the first time. They, too, are hoping that social networking will help keep their presence on people’s minds after the game ends. The commercial “will be accompanied by promotions in stores, digital advertising, public relations efforts and a presence in social media,” according to another Media Decoder article.

It’s interesting to note that there is a large number of first-time advertisers during the upcoming Super Bowl. Media Decoder reports:

MilkPEP is joining a long list of brands for which Super Bowl XLVII will be the first in which they have advertised. Others include the Axe line of personal-care products, sold by Unilever; Gildan apparel, sold by Gildan Activewear; Lincoln, sold by the Ford Motor Company; MiO, a liquid that adds flavor to water, sold by Kraft Foods; Oreo cookies, sold by Mondelez International; SodaStream International, which sells the SodaStream home soda-making system; and Wonderful pistachios, sold by the Paramount Farms division of Roll Global.

Besides new advertisers, another new aspect of this year’s Super Bowl is that more and more advertisers are choosing to release snippets and details about their commercials before the big event. Giving viewers a preview of what’s to come encourages them to be on the lookout for the commercial and create a buzz on social media prior to February 3.

It was once standard procedure for advertisers to stay mum until just before the game — or even until the game ended — in hopes of capitalizing on the element of surprise to generate coverage. But the increasing interest among consumers in sharing information about Super Bowl ads in social media is encouraging sponsors to describe their Super Bowl plans earlier.