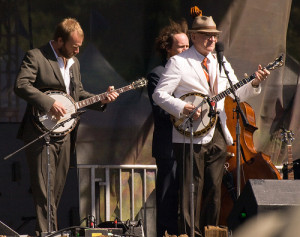 Actor/writer Steve Martin made an appearance at the 92nd Street Y on November 29 to promote his new book, An Object of Beauty, which deals with the 1990s art world in New York City. Apparently, his interview with Deborah Solomon, a columnist for The New York Times and art critic, went horribly awry. So awry that the 92Y (as it is nicknamed) sent out an apology to audience members the next day and offered a full refund to all 900 of them in the form of a $50 gift certificate. Sol Adler, 92Y’s executive director, wrote in an email to the ticketholders,

We acknowledge that last night’s event […] did not meet the standard of excellence that you have come to expect from 92nd St. Y. We planned for a more comprehensive discussion and we, too, were disappointed with the evening.

So the 92nd St. Y has determined that the course of its interviews should be dictated in real time by its audience’s emails. Artists beware.

The interview did not go well, though the reasons for that are unclear. At some point, a 92Y employee walked on stage to hand a note to Solomon. Solomon then read aloud the request for her to change her line of questioning to focus more on Martin’s comedy career than on art. The in-studio audience applauded and Martin began fielding audience questions until the end of the interview.

Other than those few basic facts, there have been varied accounts of what actually happened during the interview. The New York Times version relies heavily on an interview with Solomon. The veracity of the story can’t really be determined, however, since Solomon is a NYT columnist.

Linda Holmes, host of NPR’s pop culture blog Monkey See, was one of the first writers to give commentary on the story, but she was not in attendance. Some of the comments on her piece are from people who claim to have been in the 92Y audience and offer a different perspective of the events. 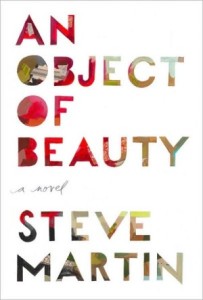 Interestingly, the story slant given by the major news outlets such as The New York Times is in direct contrast to what is showing up in the comment section of those outlets and on smaller blogs. In particular, Martin Schneider writes on his blog Emdashes that he was in attendance at the 92Y event, and that the spin put on the story that paints 92Y and its audience as the bad guys is not entirely accurate:

A counter-narrative has arisen that is in complete conflict with this picture of events, a narrative that serves Solomon and Martin’s agenda. It would be a disgrace to let that counter-narrative become the final word on this fiasco. Do not believe it.

At this point, it’s hard to tell which account is the more honest depiction. What this does show us, however, is how important blogs and other independent news sources can be to offer alternative viewpoints. Sure, the Martin/92Y debacle may not be life-or-death sort of news, but it’s still interesting from a public relations perspective to examine the spin given to stories.