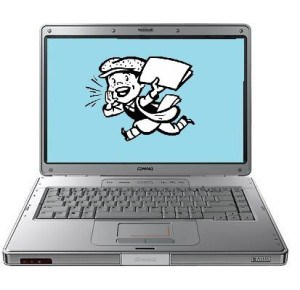 “The State of the News Media 2013” report published on Monday, March 18, by the Pew Research Center’s Project for Excellence in Journalism documents “how news consumers view the financial struggles of the industry” and points to the “signs of the shrinking reporting power.”

Mainly, the report has found “a news industry that is more undermanned and unprepared to uncover stories, dig deep into emerging ones or to question information put into its hands.” “And findings from our new public opinion survey released in this report reveal that the public is taking notice,” according to the report. [Emphasis throughout is ours.]

David Bauder summarizes one of the main findings of the report in The Huffington Post as the following:

Years of newsroom cutbacks have had a demonstrable impact on the quality of digital, newspaper and television news and in how consumers view that work.

The stats are rather telling, and, as Lauren Indvik says in her Mashable article, “the consequences are vicious.”

On the digital news consumption front, here are some highlights, found among the “Key Findings” section of the report:

Other significant findings include:

Efforts by politicians and corporations to get their messages into news coverage are neither new nor surprising, says the report, noting:

What is different now — adding up the data and industry developments — is that news organizations are less equipped to question what is coming to them or to uncover the stories themselves…
For news organizations, distinguishing between high-quality information of public value and agenda-driven news has become an increasingly complicated task, made no easier in an era of economic churn.

Finally, the six major trends for this year were identified as following:

The effects of a decade of newsroom cutbacks are real — and the public is taking notice.
The news industry continues to lose out on the bulk of new digital advertising.
The long-dormant sponsorship ad category is seeing sharp growth.
The growth of paid digital content experiments may have a significant impact on both news revenue and content.
While the first and hardest-hit industry, newspapers, remains in the spotlight, local TV finds itself newly vulnerable.
Hearing about things in the news from friends and family, whether via social media or actual word of mouth, leads to deeper news consumption.