Spoofed URLs: ‘The Independent’ and the Royal Jellybean Fiasco 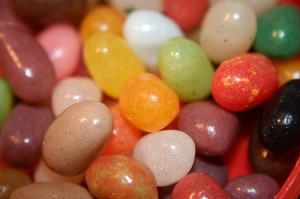 At a former workplace of mine, a long-running joke about malfunctioning software was, “It’s not a bug, it’s a feature.” Unfortunately, for London-based newspaper The Independent, its spokespeople have been saying this exact phrase a lot recently — and not in jest.

Last week, the paper published a seemingly harmless fluff piece on its website, entitled “Kate Middleton jelly bean expected to fetch £500.” All was fine and well until someone decided to spoof the article’s URL.

What was supposed to be:
http://www.independent.co.uk/life-style/food-and-drink/kate-middleton-jelly-bean-expected-to-fetch-500-2269573.html

Had been changed to:
http://www.independent.co.uk/life-style/food-and-drink/utter-PR-fiction-but-people-love-this-sh*t-so-f*ck-it-lets-just-print-it-2269573.html

The naughty bits weren’t edited out like they are here, however. Jack Riley, Head of Digital Audience & Content Development for The Independent Online, said, “It’s a feature, not a bug — at least until your rivals try to smear you with it.” The feature that Riley speaks of is one that allows any combination of words in the URL, as long as the article ID number — “2269573” in this case — is kept intact.

The problem highlighted by this debacle was that not only would the altered URL get you to the site, but it would still display the mangled slug in the browser’s address bar. This only perpetuated the chain of links using the spoofed URL, which rose in Google ranking due to re-tweets and other social media sharing, and also came up on the site’s own search engine thanks to another website “feature.”

At first, it was unclear if the spoofed URL was sabotage or just a prank. Some even wondered if it was a disgruntled employee’s “accidental” mistake. Toby Manhire (@toby_etc), a former editor of rival newspaper The Guardian‘s comment pages, is now attributed as the first person to distribute the incorrect URL. Riley then accused a subeditor at The Guardian, Pamela Hutchinson, of being the first person to re-tweet it. Riley wrote through his own Twitter account, “So acc to Google, Guardian subeditor @PamHutch was the first person to retweet the faked url by @toby_etc http://ind.pn/i2adMg.”

The original jellybean story has since been updated with a link to the Independent’s explanation and apology from Martin King, online editor at The Independent. King is also a columnist for the newspaper’s Notebook blog, on which he writes:

The trouble is that our site helpfully resolves updated or incorrect urls to the matching story ID. It was designed as a feature and not a bug — and we are not alone in this problem. The feature has search engine benefits but from an editorial perspective it enables us to change repeatedly a headline on a moving article.
We are however acting urgently (as are now some of our major competitors) to find a way to avoid such abuse and hope that will be in place shortly. …

The Independent‘s remedy was to change the feature ever so slightly. All URLs containing the correct article ID number in the slug will still resolve correctly, but the browser’s address bar will only display the specific URL assigned to a story by the newspaper’s staffers. King points out that The Independent‘s embarrassment more than likely prompted other news organizations to make similar adjustments.