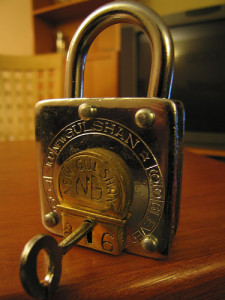 Online privacy concerns increase proportionally to the number of new social networking sites that pop up and the number of people who partake in those services. Recently, hubbub surrounding Facebook privacy put the issue at the forefront of discussions. “The underlying idea is that Facebook likes to describe itself as equivalent to the third-largest country in the world,” said John Pincus, chief technology officer for software company Qworky. He continued, “What rights do the citizens of that country have?”

Pincus was also co-chairman of the 20th annual Computers, Freedom, and Privacy conference (CFP2010), sponsored by the Association for Computing Machinery. The national event is self-described as “the leading policy conference exploring the impact of the Internet, computers and communications technologies on society,” and took place in San Jose a couple of weeks ago. One of the outcomes of CFP2010 is a 14-point manifesto, the Social Network Users’ Bill of Rights, which addresses privacy and related issues and was released on June 23.

There were roughly 250 attendees at CFP2010, comprised of various individuals within the field, including representatives of bigger companies like Google and government agencies like the Department of Homeland Security. Not all attendees participated in the collaborative creation of the Bill, but those who did adopted the list unanimously. The creators are now seeking input from the community at large, and invite interested parties to vote on it.

Ways in which you can give your input include:

The response so far has been slightly tepid, both from the social networks and their users. Facebook has said it opposes some of the items on the list, including the use of pseudonyms, and both Google and Twitter decline to comment. Despite strong online coverage of the topic, the #BillofRights Facebook page has only about 255 fans.

The Social Network Users’ Bill of Rights can be found in its entirety below.

We the users expect social network sites to provide us the following rights in their Terms of Service, Privacy Policies, and implementations of their system: